Welcome to the Alice Fiction tier list for new players. In this simple tutorial, we will go over the best units to re-roll for and a list of units that you may want to check out for PvP.

Let's talk about the rankings of the tier list:

Some 1 star units are not on the list as they aren't worth using. I have also included some 2-star units worth having on your team as well.

Lancelot - A strong earth attacker that benefits the most in a mono earth team. If you like running mono teams, he is very good as a physical attacker with physical attack buffs. His crush also ignores enemy defense.

Rousseau - A special attacker that can boost her own special attack and deal good damage. She is good to have if you already have other strong physical attackers on the team.

Musashi - Has very high fire element DPS and can convert panels with one active skill. Great against wood enemies and has self attack buff. Overall a solid PvE unit to help you get through story mode.

Asclepius - A support unit that can cleanse debuffs and heal allies. She is pretty much a strong unit to have on any team to help sustain the team.

Ushiwakamaru - A strong PvP more than PvE character. I put her in A tier as most people are not too focused on PvP. She has strong AoE attack and also lower enemy special attack. When more enemies are present on the field, she also is stronger.

Nietzsche - A special attacker that can deal good damage, especially with 2 or more light allies. She is best used in a team of light allies and maybe 1 off element.

Perseus - A buffer and cleanser that is good for the team. She is mostly a defense type unit that boosts the durability of your team. Good to have if you find yourself lacking survivability.

Nightingale - An okay healer with dispel utility if you cannot get Asclepius. She can dispel enemy buffs, boost special defense for allies and heal an ally.

Kojiro - Solid 2 star physical attacker that can also boost allies as well. She is best on a mono water team for the best damage output.

To re-roll, all you have to do is to follow the simple steps below:

You can complete these steps as many times as you wish until you get your desired units. Ideally, you want at least 3 3 star units at the end of re-roll session.

As you start the game, you want to focus on unlocking some game content:

This will unlock most of the main game modes. Clear game modes such as resources quests and underground as they only get 1 clear per day.

Focus your energy to completing the story mode so you can progress faster. Also, focusing your resources on a few units is better than spreading it out. Some of the 2 star and 1 star units are actually good and worth using.

Sometimes, it is wise to use manual mode on certain stages where the AI doesn't do well and what you want it to do. Auto mode is best used when you have many damage dealers. Strategy and using a team with healers and supports are much better in manual mode.

Use your excess energy to replay or skip stages that you already have 3 star ratings on. You will get less rewards than you would do normally, but it saves time.

Here is a list of things you should prioritize:

The resources quests area always going to be top priority, so don't skip on it. Never skip out on gold as you are going to need as much as you can early game. If you want to get resources, it is recommended to go to exchange to get upgrade materials for your characters. 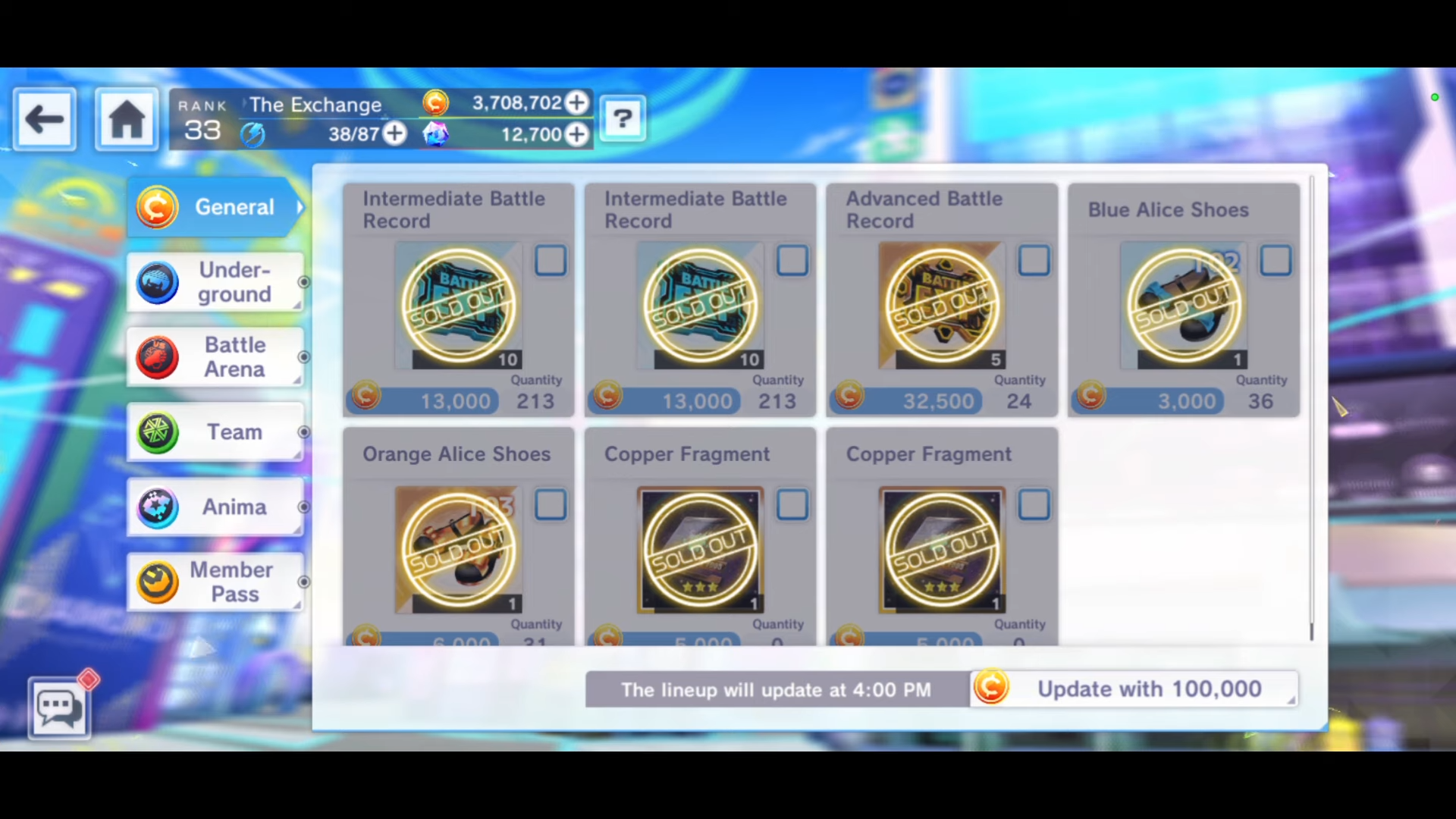 Also, if you want to train a character, do the stages normally and not use skip it.

When building a team, you want some synergy. If you plan to run a mono team of Lancelot, you want at least 2 other earth units and one off element so he will benefit from his mono element bonuses. If you can, raise your characters evenly for a smoother story game play.

Early on, when using World Memories, you won't have enough maximum cost points to equip all 5 star ones. It is okay to use 4 star ones mixed in with 5 stars until your maximum cap increases. When it comes to upgrading the 4 star ones, just level them up but don't limit break them early game. For memory search, try to go for the longer time search ones, above 6 hours. You have better odds at getting better quality World Memories.

Eventually, as you keep playing the game, you will find a team that works for you and you will want to build around that team. Also, if you play the game long enough, you will get most of the 3 star units. This game is quite F2P friendly, so do not worry about FOMOing on certain units just because you didn't get them in your re-roll.