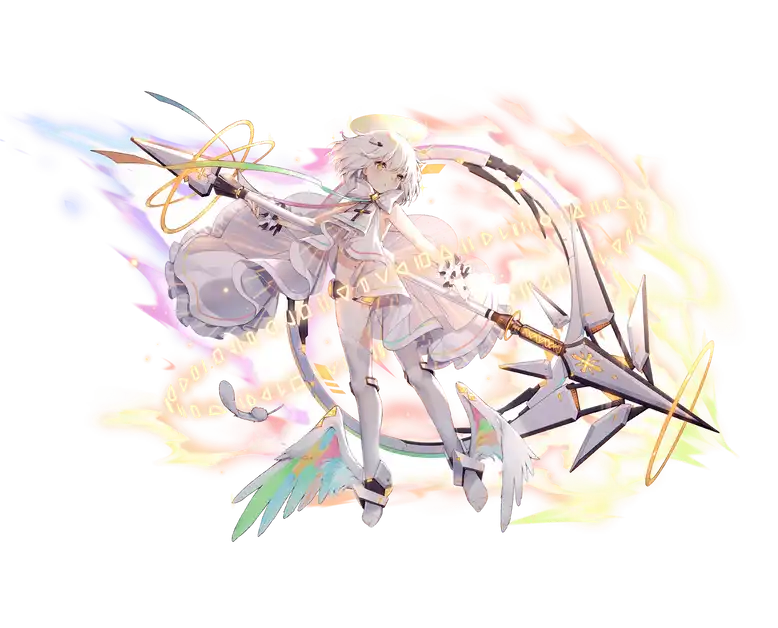 Artery Gear: Fusion has been out for almost 2 months, and the developers have shown us what they have in store for us in August and September 2022.

So we will be getting 3 new units Lewisia, Jessie and Pavonis. All 3 of these units are good and can help your team. However, as a F2P player, your gems and summon tickets are limited so you want to only save up for collab units.

If you don’t care about getting the broken collab units, these 3 actually serve their purpose in various areas in the game. Let’s get into the specifics of each unit.

Our current banner character is a very strong healer and is comparable to Cream. While Cream provides more protection and utility with barrier and damage reduction, Lewsia is able to revive any unit to full health and cleanse them + invincibility buff. Because of this, she makes your team safe in both PvE and PvP.

For example, in PvE, you can put her in tougher boss battles and revive your DPS if they die to a critical hit from the boss. This can happen in event mode EX stages, Sample Exchange bosses or even target elimination bosses like Centaur, Harpist etc. Her skill 2 allows her to cleanse 2 debuffs off all allies, healing and dealing AoE damage that can inflict blind. While her damage is not that great, it is still some damage.

Her skill 1 can also heal an ally with the lowest hp. Her entire kit is designed to out heal and revive your allies so your opponents cannot use pure damage to clean your team.

As for whether she is worth pulling will depend on where you are at the game. Early game players who have yet to build Morris can consider Lewisia. However, Morris is already a very good healer and is staple in all hunts, so Lewisia is the tankier version but without the action bar boost and skill cooldown reduction. For strictly PvE content, I would suggest passing her.

However, for PvP, she can work well in a bruiser type defense team for PvP if you are challenging for Lieutenant General or higher ranks. Pair her with Shyura, Della, Lydia, Touka or Resailin Stout so that you can prevent cleave teams trying to quickly kill your team.

If PvP is not your thing, Lewisia offers just a bit more than Morris in terms of safety and that is about it. In that case, she will not be recommended for most F2P players.

Ah Jessie, the super tank that can also deal some damage. She was very meta in other JP and CN servers and probably will be too in global when she is released. She is mostly a PvP character, although her kit also helps in many areas in game, she is not a necessity as most PvE content is covered by most F2P units.

However, she does offer team defense buff and protection, which takes damage for all allies during that turn. This makes her a human meat shield. The goal is to lower her HP below 50%, allowing her to use her skill 3 single target attack and ignore the defense of the enemy while dealing more damage thanks to the increased damage from the HP% scaling bonus. Her skill 1 also taunt enemies.

Her entire kit is very good at disruption against PvP cleave teams, basically stopping them from killing any of your other units as long as she gets a turn in between. Having a counter engine set here will help with this.

For PvE, she can be used in Octopus 9 hunts if you are struggling with survival. Her skill 2 alone will prevent all your DPS units from dying. All that is left is for your DPS to do enough damage to kill her in a few turns.

Aside from that, I think she is also a skip if you are not into higher rank PvP and you already have done all the PvE content to date.

Pavonis, the Sample Exchange final boss. She is a burn specialist, much like Suriel. She has a super powerful passive that allows her to gain action bar when the enemy has burn stacks(6+) on them, allowing her to move multiple turns when that happens. As you can see in the video, with Suriel applying 4 stacks and Pavonis applying 3, Pavonis moves so many turns until the boss is almost dead.

She basically uses skill 1, follows up with skill 3 that can dispel buff and add burns stacks until the enemy hits max debuffs on them. And her passive gives her the action bar boost to go again. While that is incredibly broken in PvE, it is not that easy to execute in PvP.

She is also skippable due to RNG on debuffs when it comes to higher rank PvP. However, if you would like to have a PvE boss killer, especially if you have Suriel, then she is actually someone you would want to pull for to get this sweet combo.

Overall, these 3 units can be skipped in favor of the future limited collab banners for F2P players. However, they are all strong units in their own right and it is also not a bad idea to try your luck for a few pulls if you would like any one of them.