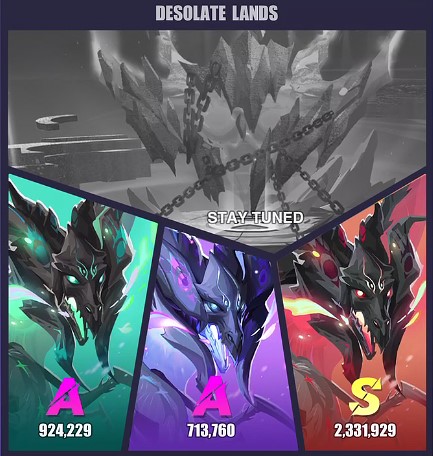 Welcome to the Desolate Lands strategy guide! This tutorial will cover most of the basics and what you need to know to attempt these bosses. They are strictly catered to mid-late game players. Here is where you know you are transitioning from early to mid game:

Now if you cannot complete the above, that doesn’t mean you won’t be able to do Desolate Lands, but getting a C and B grade gems as rewards in this mode is not very lucrative at all.

The biggest draw to doing these bosses are the relic stones that you can use to boost your relic’s sub stats. Below are the drops from the following bosses:

So basically it follows the big 3 bosses (Kronos, Apep and Fafnir) respectively when it comes to getting their relic stones. Shadowfire is the most popular one as it contains Wind Walker and War Machine, which is what the majority of the DPS and Support units are on. The speed sub stat relic stone is highly sought after in these sets.

Shadowgale is the second most popular as there is Hades, Ocean Waves, Fiery Incandescence, Sword Avatara and Adamantine, which are all popular sets used as well.

Shadowstream is the least popular and it won’t be a priority for most mid game players anyway. 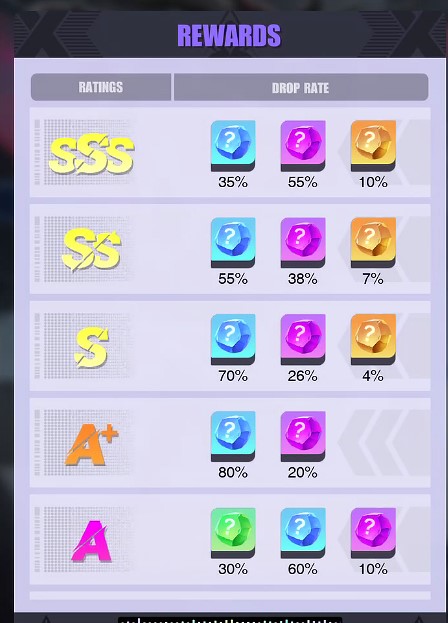 A is the bare minimum you want to have, since it will drop some rare and epic stones. At A+ rank, it becomes okay to farm since there is no uncommon stones.

Since the majority of the people are going to focus on this boss, it is vital to build a team to try and get at least S grade for it to be worthwhile. Took me a while to get S rank, but it was worth it.

The boss mechanics is quite simple. He is at about 180ish speed.

Here are his skills:

Falling Flames – Prioritizes attacking all enemies in the front line. Deals damage 1 time. The lower the enemy DEF, the higher the damage dealt.

Shadow Prayer (Passive) – Shadowfire is immune to all debuffs. When its enemy doesn’t have an Espers in the front line, the enemy backline takes more damage.

The boss will do a series of attacks in this order: 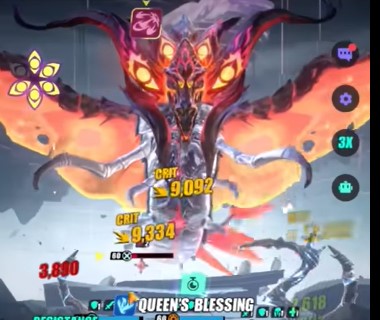 The petal that appears on the top left corner during the fiery eyes phase will light up as you kill more fiery eyes. The more you kill, the higher the damage multiplier during the stun phase. 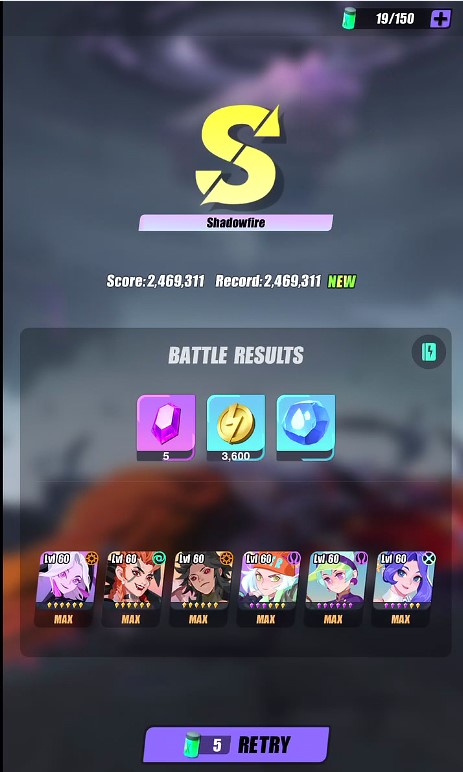 Here is the F2P team I used:

Here are the stats:

I am planning to try out Jiang Man and Xie Chuyi here later to see if I can push for SSS.

The strategy is to have enough AoE attacks with an AoE defense breaker. This will help kill the fiery eyes with enough damage. I don’t have enough just yet.

Elemental advantage with tonnes of AoE attack. She is perfect here, although she is hard to pull for F2P.

Ren Si is good since he has high defense and he won’t die from the final blast of the bosses’ attack, which you need to survive in order to get S rank or higher.

Here is a guide by DaddyF2P on it:

Don’t feel too bad if you cannot get A+ rank or higher. This is end game content, it is not suppose to be easy!

I will update the guide as soon as I am able to get S rank or higher on the other 2 bosses.

Here are some clears of other players who did SSS on them.

This boss requires high esper speed on many of yours, AP pushing and ideally a speed leader.

This boss requires buffing and cleansing to clear the Wind Chain stacks. Since I don’t have a cleanser, this one is a lot harder for me.