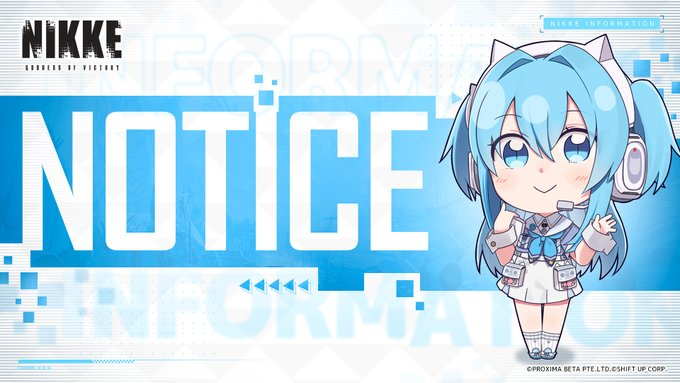 Attention Nikke lovers, there are some known bugs currently in the game which you may or may not know about. This affects certain characters and also how your team performs. Thanks to the reddit and NGA players, we are able to help notify you about who is affected.

To see the full discussion, check it out below via reddit u/RevenXXX:

Serveral game breaking bugs you might wanna know from NikkeMobile

For “Charge” up type weapon sniper/rocket launcher, everything they do is affected by that charge %, which means if you use Burst when Haran is fully charged, you do 250% more damage.

When you auto, it’s random, but the huge damage you see haran do, this could be it.

When you manually control Yuni, when her Max Ammo Capacity buff ends, it reloads the entire clips for everyone. This makes Scarlet into a non stoppable machine gun, never needing to reload which is her only downside.

Every non stackable buff is counted as “Stack 1”, so Rupee’s skill “Prize” will actually refresh every buff making every 15 second buff to be permanent literally. Or it could extend lower duration buffs.

You can make Snow White shoot twice in Burst mode by releasing it a bit early.

Vesti’s is completely broken in bug and design. Her Burst is 40 seconds, and her stacking buffs only last 30. Without some insane CD reduction you can’t stack it, and even if you do, STACKING doesn’t work, it only refreshes. On top of that, no matter what, her Burst only does 1 damage on EVERYTHING and Anything.

Bug 7 (insane effect on character) (seems intended and only a shield on Poli which blocks dmg for everyone):

Poli’s shield only effects herself. You only see a blue shield bar on herself when you use her burst.

Pepper’s 2nd skill’s recovery amount is always just counted as stack 1 amount. On top of that, sometimes the stack desyncs between character, causing the game unable to properly calculate it, and freeze your Burst II.

It seems healer’s Burst skill that heals always only use Level 1 skill level’s amount. increasing skill level does absolutely nothing.

Yan’s burst can cause it to bring mobs into unattackable/stuck terrains.

Ludmilla’s provoke has no effect at all.

ANY “last shot/hit” effects are way higher % than it says. The Last shot for X% damage, activates way too often more like 50% at lv 1. The reload at last shot, you can get infinite ammo if you just keep holding down attack and have someone in your aim.

Solines’ burst there is a chance your aim reticle will disappear, and if it’s next to your teammates, will kill your team mates. NOT a joke.