Gear is an important and in-depth part of the Grand Cross. Although it may seem overwhelming at first the gear mechanic is something you will catch onto pretty quickly in the long run.

The first thing to ask is how does gear work? Gear is a very important part of the game because it gives a lot of stats to your character.

On the first character shown in the video, their stats are practically doubled because of gear. And once the gear is removed they drop massively. 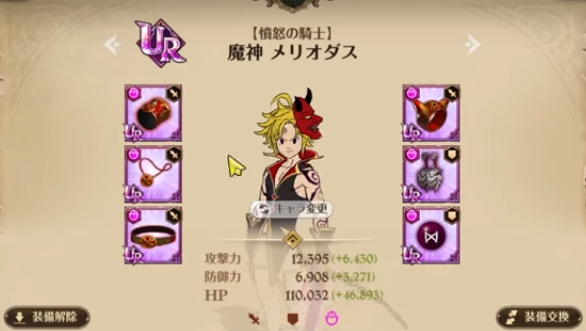 Each piece of gear is a little symbol that is related to the stat on the gear. The symbols represent the “Set” that the piece of gear belongs to.

You can get stat bonuses from gear if you meet a Set requirement. For example, you need 4 of the same matching piece to get the bonus 20% Attack effect from that set.

There are quite a few symbols that represent sets in the game. Below is a list to show each of them: 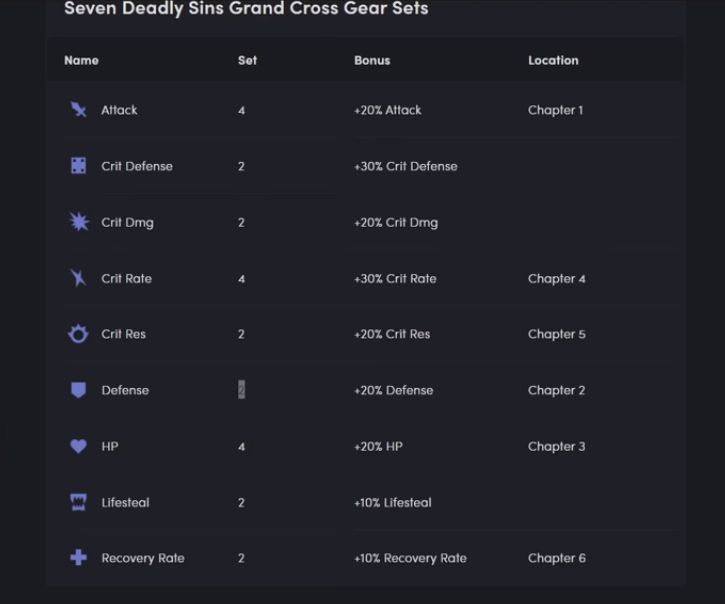 It is a good idea to mix and match gear based on what your characters base stats specialize in. Having a character that is better at attack or defense will decide whether you want your gear to focus on one stat or the other.

Whereas most characters want better HP so you can focus on getting the HP set on pretty much any character. Attack and HP are the most important stats which is why they require 4 instead of 2 in their set.

You always want to go for the stats because stats affect your combat points. And combat points are important because of how they work in PvP.

Now, how does the gear work with rerolling? Whenever you have the gear you have rerolling potential so you can get the stats that you want.

For most characters, you only want to focus on getting the Attack stat. There are a few that could focus Crit DMG or Penetration if you wanted but nearly all characters benefit the most from focusing Attack. 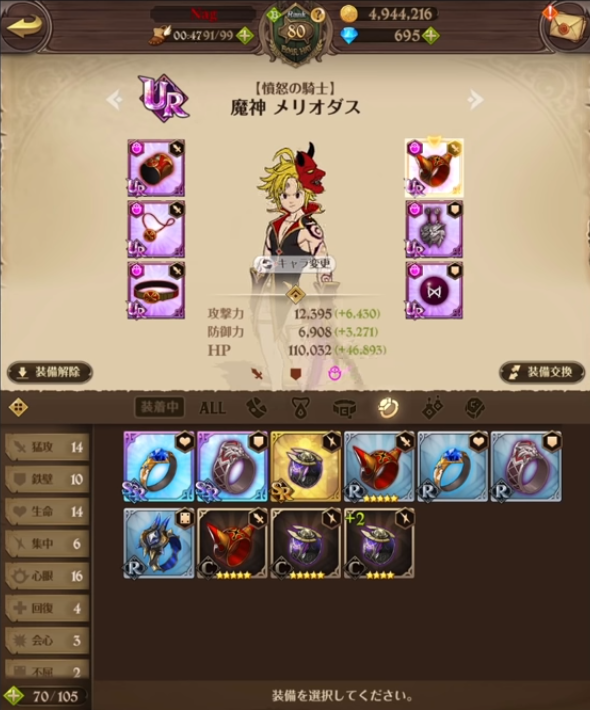 Now, rerolling these stats involves using gold and a few other things. The gear ranks go from C to SSR and rerolling changes based on rank.

You can reroll C-rank gear with 5,000 thousand gold and that will change the set stat to something different. UC Rank gear costs 7,000 gold so it is a bit more expensive. And R-Rank gear is around 10,000 gold to reroll.

SR and SSR require using gems to reroll instead of gold. SR costing 1 gem and SSR costing 2 gems so for beginner players you want to focus on C, UC, and R-rank gear.

It costs a lot of gold and you will burn through a lot of it but it will be worth it. Late game you will be swimming in gold so you will not need to worry too much about gold for too long. 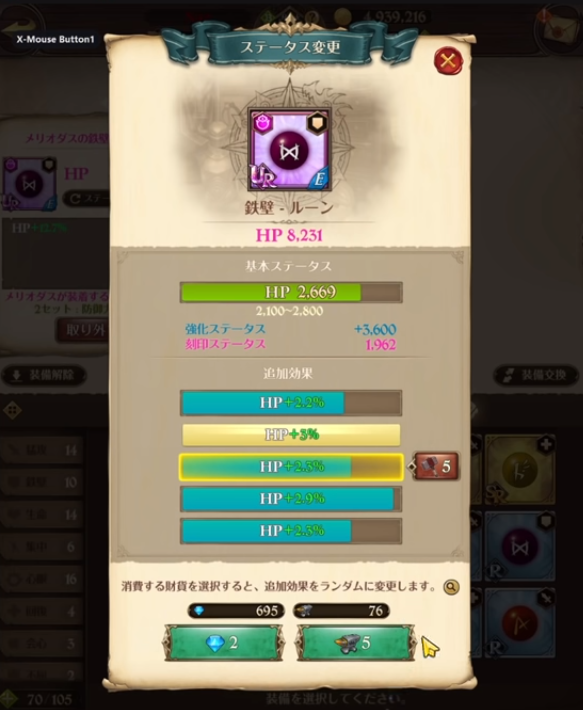 There is another way of affecting gear as well called Anvils. Anvils are free for the most part because you can get them by playing the game even though they are limited. And you can buy them but you do not need to.

Anvils do not exactly reroll for gear but they do affect the stats on them when used. They never go down when using an Anvil and it stays whatever stat is already on the gear but it is random on what stat increase you will get. 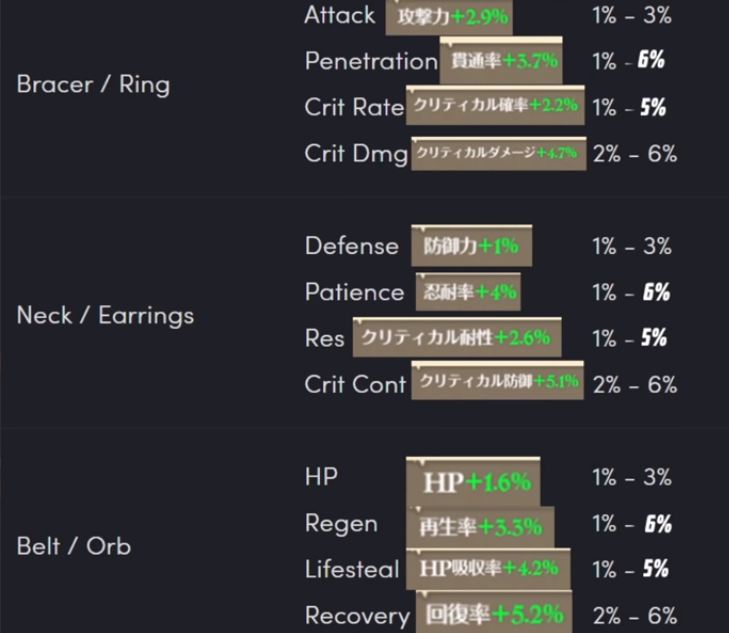 Bracers and Rings are always Attack based gear so they will only roll for attack stats.

Neck and Earrings are always Defense based gear so they will only roll for defense stats.

Belt and Orb are always HP based gear so they will only roll for HP stats.

When it comes to stats you always want to focus on Attack, Defense, and HP. The other stats are not as important as those three even though you could build characters with better Patience or Penetration it is better to focus on the main 3 stats.

Overall, the 3 main stats are what affect your CP rating and that is an important thing to boost. So if you are using characters that focus Attack and Defense then you want their gear stats to focus those two as well.

It is all up to personal opinion on what you want on your characters. But in all honesty, the dominant strategy is focusing Attack, Defense, and HP when it comes to your gear stats.