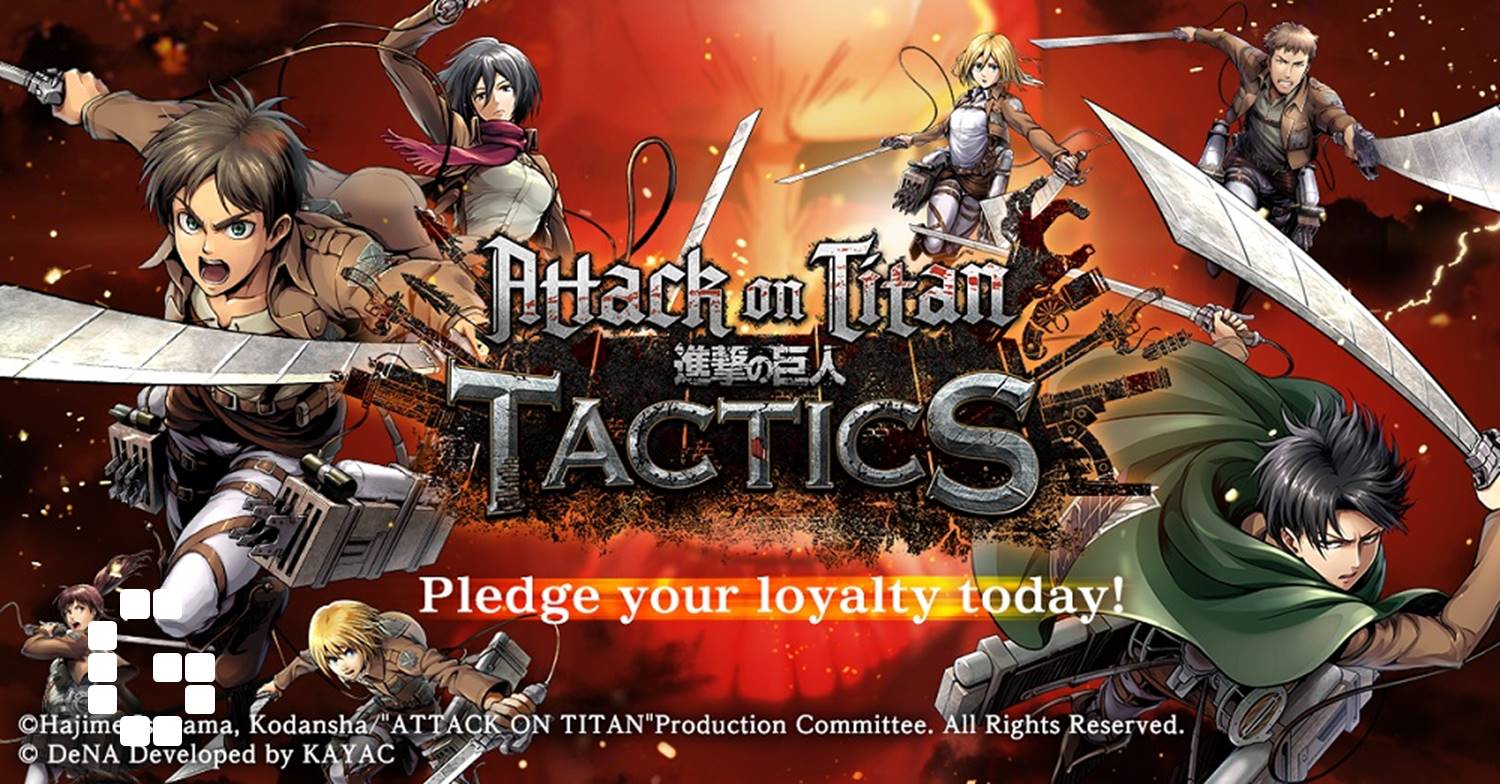 With 2019 coming to a close, let's have a look at some of the best gacha mobile games that have been fun to play for gamers around the world. This list is in no particular order.

This is brought to your by Bandai and in this game, DB has one of the most iconic characters that you can collect. This game starts from the beginning of the game, so you get to collect some of the earlier characters that are powerful at that time, only to be power creeped by scary boss characters later.

When you collect more characters, you get to form teams to take on the story mode, events and PvP. In combat, there is a lot of flash animations which is what gamers love and it follows the DB franchise closely.

Another Eden is a mobile game that is a favorite turn based RPG of many gamers. The gameplay is quite similar to the Final Fantasy series with chibi anime characters.

This game has a good storyline. So you get transported back in time to fight robot/android overlords at the start of the journey. The map has 3D elements but walking around is 2D and linear, kind of like Maplestory.

KoF All Stars revives the classic King of Fighter series to mobile. Netmarble has done a good job taking this to the global market. Much like the console, you get to use all your favorite fighters in the game.

They are quite generous and give you free tickets to get 5 star fighters of your choice, giving you an easier head start to progress in the game.

The combos are easy to do without having to memorise anything. They also give tonnes of free gifts to get you to play daily. Events are also plenty to do as well.

There is also live PvP in the game, although it is a bit laggy and needs fixing. Other than that, it is a great game.

This game has one of the best graphics and animations for a mobile game. The game system also runs on the Yuna Engine and has very fast loading times. When you start playing this game, you will notice that the battle loading times are less than 1 second. You will be spoiled by the speed when you try other games. They also have a very well done storyline and lore, so it is worth slowing down dialogues to follow it.

It has a very similar vibe and gameplay to Summoners War and users of both games will most likely enjoy it. The game is a bit grindy and may not be suitable for very casual players.

Cygames has done a great job with this game. The developers listen to the community and actually implement features that the gamers care about. The music is also great. For those that are big fan of DAOKO, her music is in the game! From the battle screen to the home menu, it plays a different song of DAOKO.

The gameplay is also quite good. It counts as an action RPG with gacha elements, where you pull units to improve your roster. There is also a lot of co-op gameplay if you enjoy playing/fighting with others.

While Brawlstars may not be as big as Clash Royale, it has really fun game play since this game focuses very much on PvP. This game appeals to competitive people.

Think of it as a 2D shooter game that requires quite a bit of skill to actually do well. Positioning, team cooperation and quick reflexes are key in this game.

There are also plenty of people that cover this game, so you will have no problems finding tips to play well!

Azur Lane initially seems like an anime fan service game, but it offers much more than that. This game differentiate itself because the different heroes that you collect and combination with real life battleships. Haven’t seen that in any other mobile game.

Think about mecha/ships/anime girls all combined in one. The game is quite F2P friendly and you don’t need to pull the best units just to beat the game.

AFK Arena, the epitome of all idle games. My conclusion is that is one of the best idle games that a casual gamer can have. Even though this game is heavily monetized, the developers do listen to their player feedback and they consistently put out new heroes as well.

Also, you do not have to spend much time a day, so you don’t really miss out too much compared to active players.

This game has been out quite a while. The game is based of the popular Fate series where servants battle for the Holy Grail.

They have made some updates to the game, improving the quality of life for casual gamers. Aside from having a main team, you can have sub members in your team alongside a friend to carry you in harder missions. You can also craft essences and equip onto the character for bonus stats or passives.

A relatively old game, but a classic one nonetheless. This one is a nice action rpg similar to Dragalia Lost, but with the popular franchise Bleach.

The character style is also quite chibi but has a more serious face to them. It also follows the story of the anime and you get to play through that as well.

A newcomer in 2019, this game revives the old series Langrisser back in the 90s when it was a popular PC game. It is much similar to Final Fantasy Tactics and Fire Emblem. In fact, it was considered the main rival to the Fire Emblem series back then, only to lose out in popularity.

However, the gameplay requires strategy and you cannot always auto hard battles. The game is good for casual players. If you are a fan of Fire Emblem, this game will most likely appeal to you.

This game is actually in competition against AFK Arena for the title of the best AFK idle game for mobile phones. The graphics are well polished and beginner friendly. The biggest difference between AFK Arena and Ulala is that Ulala is more co-op friendly and has more interaction between players.

Ulala is also set in a more pre-historic time while AFK Arena has the Dungeon and Dragons vibe. It all depends on your taste. Ulala’s gacha lies in pulling weapons, pets and various items to improve your characters.

A relatively new game that got released this year in October. This is official license by Bandai. Digimon Links, the first game released on the mobile didn’t do quite while, Bandai did make a few changes for Re-arise.

As usual, you can collect all your favorite digimons either by summoning them or evolving them. One requires luck and the other requires a lot of resources. The battle is turn based and you can field your favourite Digimons from various generations and take on your foes.

Brown Dust may not have the best graphics compared to some of the games mentioned here, but this game revolves around strategy and where you place your units. They also don’t have the best name for a mobile game either. 😀

Unlike most Gacha games, this hero collector game relies on team synergy and placement on a 6 by 3 tile. You get advantages based on where you place them. Game is also auto friendly, so you will only need to manual against tougher bosses.

A brand new football (soccer) mobile game that was a popular anime back in the 90s. You get to collect all the characters that showed up in the franchise.

Even if you didn’t know the anime, it is a very casual game and you can auto a lot and the gameplay revolves around the miracle shot to help you win the match by scoring spectacular goals. Football anime sports fans around the world would love this game.

Pokemon Masters brings the all time favorite franchise that gamers know about to mobile. The good thing about this game is that it has very fluid animations, especially if a Pokemon uses their special move.

The game is real time, so you can’t wait 9999 minutes to make a move. The pokemon trainers are also involved in the battle unlike the traditional games where they just throw the pokemon out and you won’t see the trainer in battle ever.

This is a really casual game that you can play anywhere. When you are at the gym or just waiting for the best, this is the perfect game to play. The developers have done a good job, giving players plenty of events to do and also they are quite active on Facebook as well.

This game will appeal to people that like Clash Royale and Anime as it is a mix of the two. It follows the Clash Royale energy system and your goal is to defend your castle from Titans.

It is no surprise this game shows up on this list as it continually does well year after year as the developers add new modes, new characters and plenty of rewards to keep the game fun and exciting for both new and old players.

The game is a mix between puzzle matching and fancy fighting animations. For casual gamers, this is a great game to play and to relive your childhood if you watched the anime as a kid.

Last but not least, FEH also allows casual gamers to play their favorite franchise that was so popular back in the 90s and 2000s on mobile.

You get to collect all your favorite characters from various series. If you haven’t played the game on console, you can still enjoy the gameplay as it is turn based in grid format and it requires you to use various classes to defeat your enemies.

The game is also simple enough to get into and does not require too much information to progress.