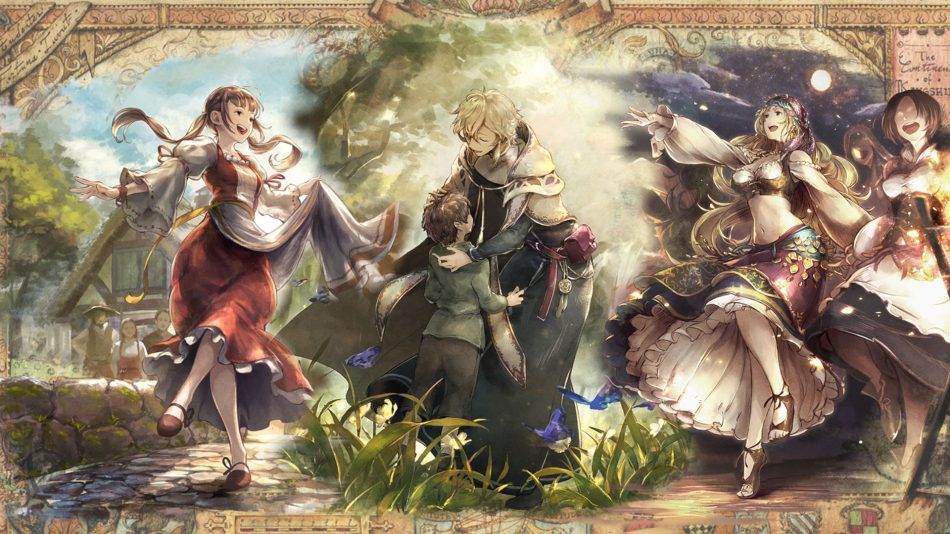 Welcome to the beginners tutorial for Hunts and Class Up in Octopath Traveler: Champions of the Continent! This is more for players that have advanced through the story and ready to power up their characters even further.

To unlock hunt, you will need to have:

Hunts are a series of battles where you take on Elite enemies to gain good experience, acquire loot and get Guidestones. The Guidestones are the main draw of this mode as you can use specific character guidestones to increase the level caps of your characters. You get 1 free ticket for Hunts every day. You can buy up to 5 tickets every day with rubies. 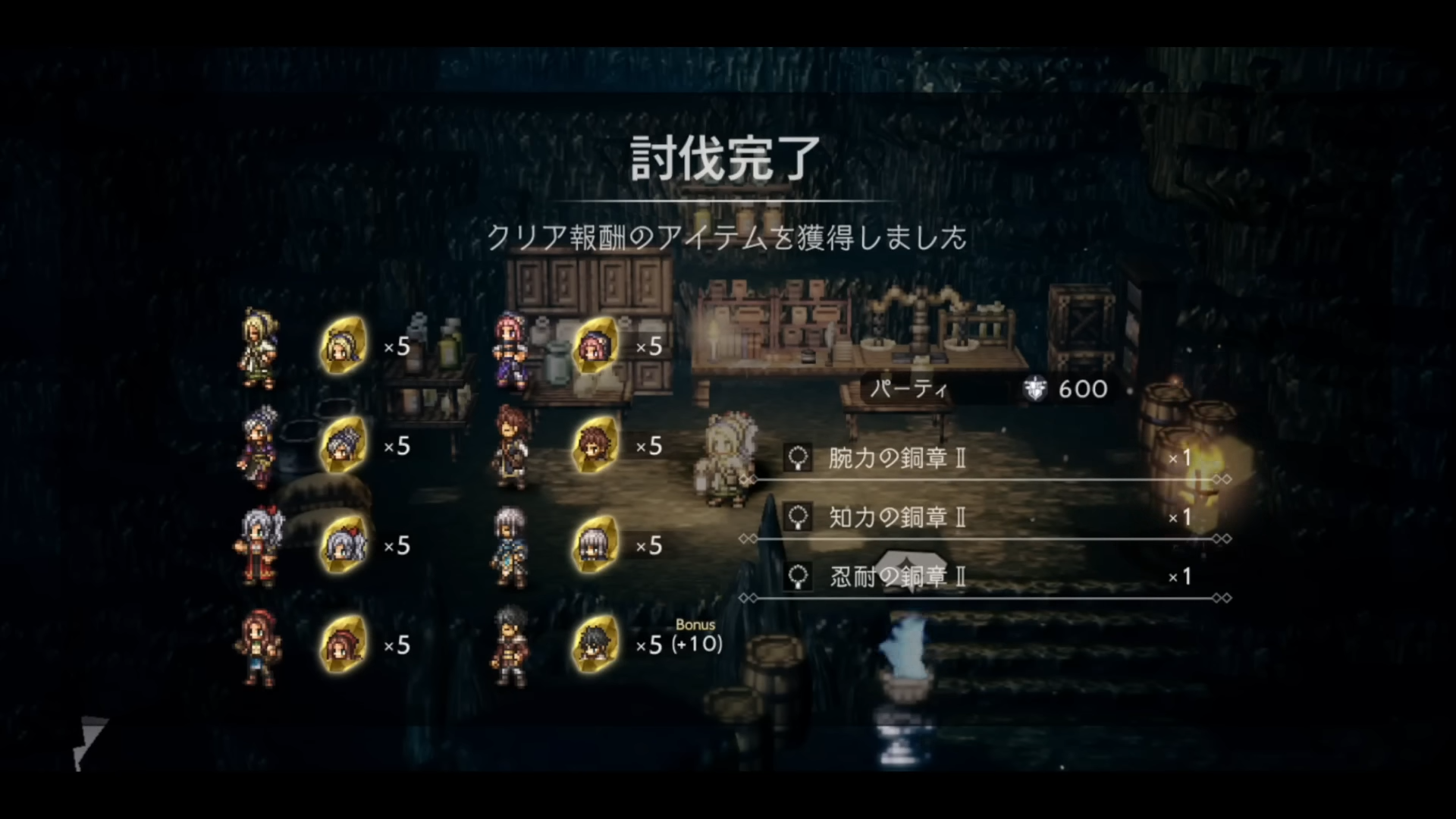 The guidestones available are based on the characters you brought to battle. You will want to bring characters you want to increase their level cap on.

The guidestone rewards are the following upon completion:

Also, new characters or featured/re-run units get +10 flat bonus to guidestones. Also, to see who gets bonus guidestones, you will want to click on the bottom left corner to see who gets a bonus and bring those units accordingly. 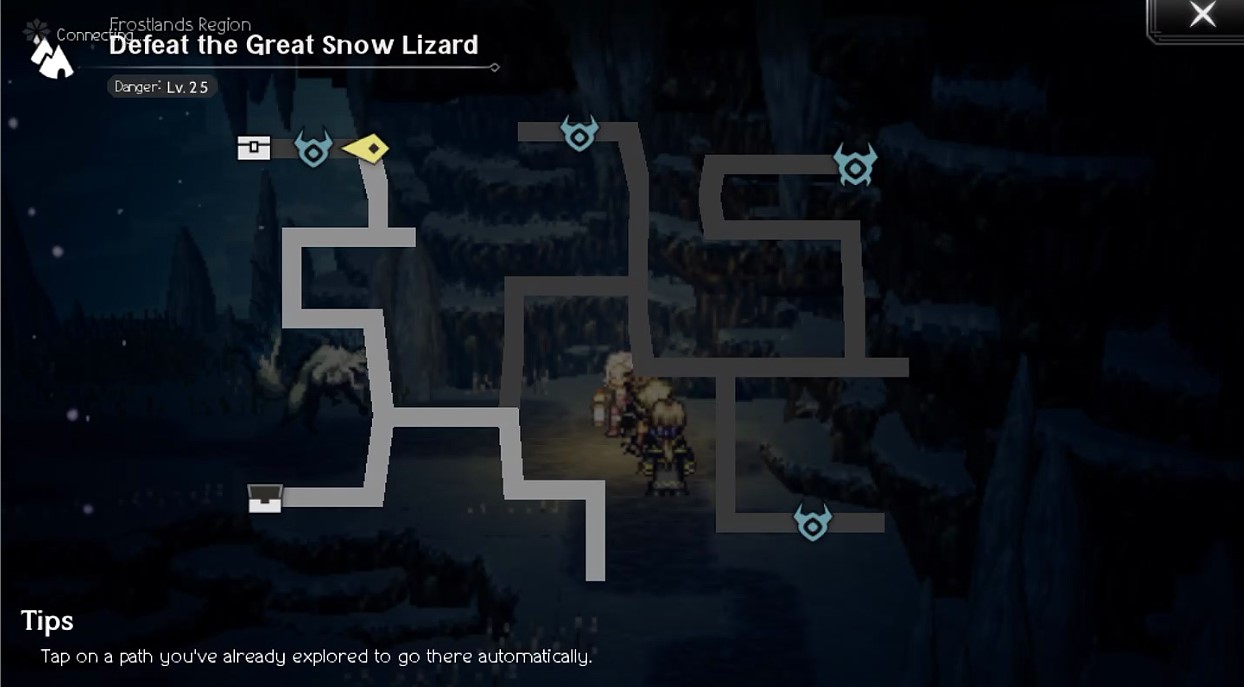 Once you enter the hunt, you:

It is recommended to clear the entire map before taking on the elite boss to get the most rewards possible, unless you risk dying, then you can fight the boss earlier.

Here are the juicy rewards you can potentially get after defeating the final elite boss:

Every hunt is associated with the 3 influences (Wealth, Power and Fame). The rewards you get at the end is based on the sum of total influence of that type. So you want to bring same influence unit that the hunt requires.

Also, higher level hunts give better experience and more medium/large experience nuts. However, the influence points should be the highest priority over everything else. The potential to get more Gold sacred seals is far more valuable than extra experience or leveling your characters that have not yet hit max level cap. As long as you can get over 450+ influence points, you can start optimizing for higher level hunts. 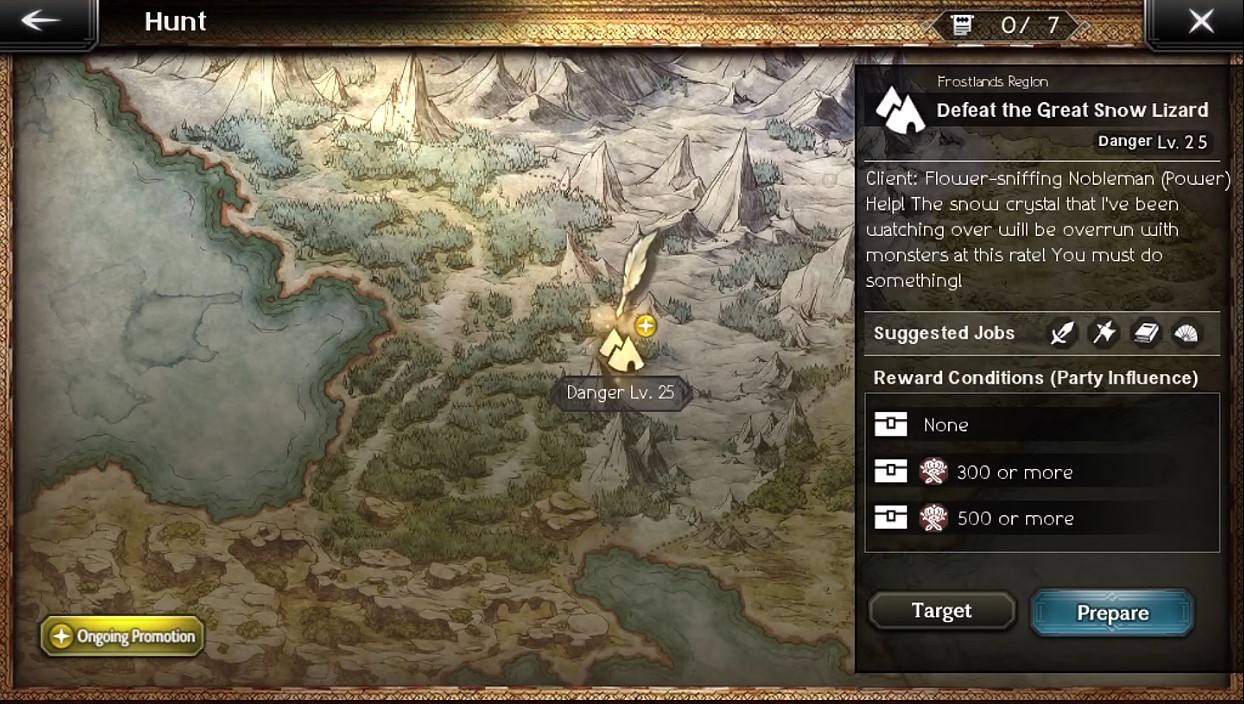 Also, the recommend jobs to bring to the hunt will indicate the Silver and Gold sacred seals that drop in that hunt. In this case, the Warrior, Apothecary, Scholar and Dancer ones will be featured in this hunt.

This is a function unlocked after you have finished that hunt for the first time. This allows you to skip the dungeon for easy experience and rewards. The good thing about this is that you can stack up influence to level up your weaker characters and always hit the 3 reward chest every hunt. However, you will lose out on some reward achievements by using this method. I think this is a very good trade off, granted how rare gold seals are.

So a lot of players including myself have pulled man 3.5 and 4.5 stars. What that means is that the characters come at 1 rarity lower than their actual rarity, which means their final skill board is locked until it ranks up to his final rarity.

Once you class up a 3.5 star or 4.5 star to 4 and 5 stars respectively, their final skill board will be unlocked and your character’s full potential is realised.

If you pull in the gacha, you can also class up by pulling the same version of the unit, but at its final rarity. For example, if you first pulled a 4 star Gilderoy and later on pulled a 5 star Gilderoy, the latest one will replace the first one and you unlock the final skill board. However, if you pull another 4 star Gilderoy instead of a 5 star, you will get the guidestones of Gilderoy but not get the class up.

Other than that, you will need the sacred seals of the character to get them to their final rarity. Here are the requirements to class up:

To finally class up your unit, you want to go to the skill board and click on the final skill board. It will prompt you to unlock your skill board. The level cap will increase by 20 after. 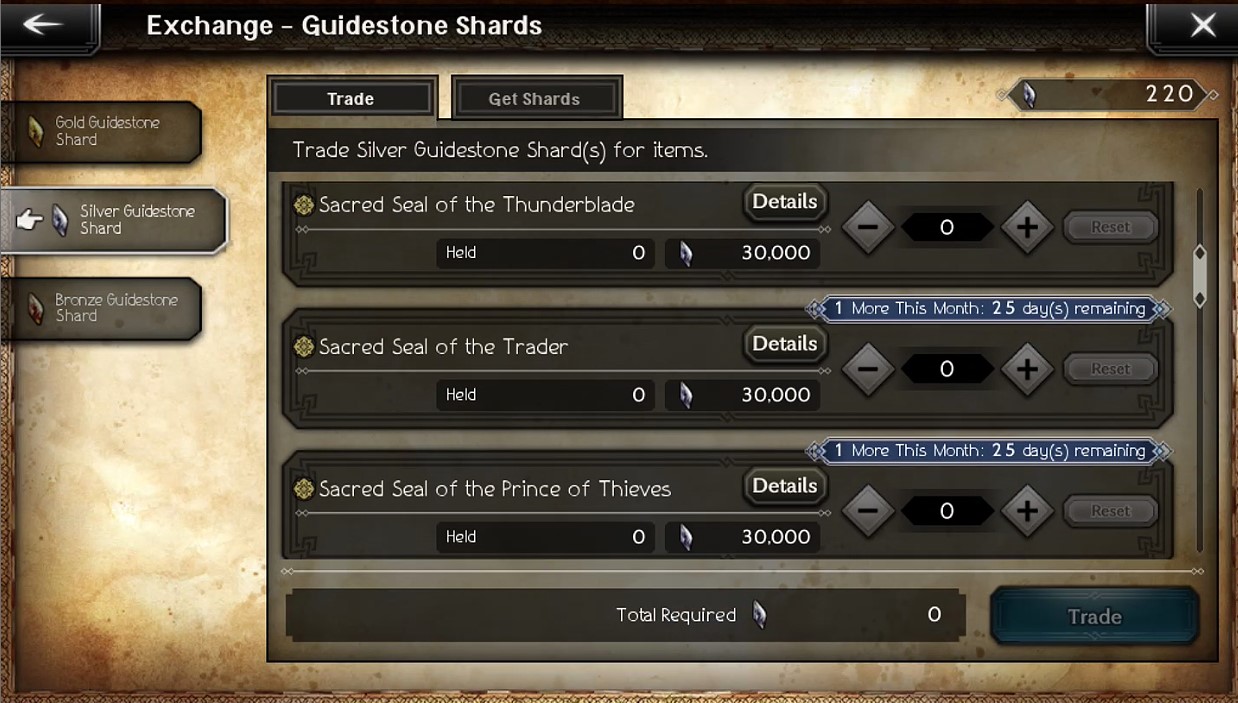 It is also not recommended to use the exchange to get sacred seals of guidestones as the hunts provide plenty. Only use them if you are really itching to quickly class up that specific unit.

Hope this helps and enjoy the grind!