Welcome to the Octopath Traveler: Champions of the Continent beginners guide for battle and skill board mechanics! We will go over the details you need to know when it comes to leveling and upgrading your characters.

You can check out our wiki here for character details.

In the game, each character will have hp and sp. Hp is your health points and reducing it to zero will make your character unable to participate in the rest of the battle. Sp is your resource to cast your skills.

The orange dots represent BP, which are boost points. Characters gain 1 BP every turn and can get up to 5 at once. Every turn allows you to use up to 3 BP and you can do so by holding down on action and sliding to your right. You also do not gain 1 BP on the next turn when you use BP this turn.

Boost is used in different ways, including:

BP usage is generally used for either boosting the number of hits on a regular attack or further improving the nuke damage on your character skills.

Enemies are weak to certain weapon or element types, but they will not show until you hit them with the weaknesses and will start showing up after as icons below them.

Each enemy also has shield points. When you attack the enemy with its weakness, it can hit up to 2.5x multiplier. Also, their shield points will reduce by 1 for each hit you land. Once the shield point reaches 0, they go into break mode, which allows your characters to deal double damage for that turn and the next turn. They are immobilized while in this state.

After that, their shield points will recover and it regains the full amount they have. They will also get the first move on the next turn. Keep in mind that you will still want to hit the enemy with its weakness while in break mode for even more damage.

This game prioritizes multi hitting as you will often want to break the enemy shield as quickly as possible, making multi hitters such as Viola as a popular choice for starting the game. Thieves are fast and have shield break abilities to ignore enemy weaknesses.

When it comes to enemy weaknesses for weapons and elements, it always follow this sequence:

When the enemy weaknesses start showing up, you can use this to figure out which weapon or element it is weak to based on the order it shows. For example, if there is a enemy that is weak to spear and axe with a space in the middle, then it is weak to dagger attacks.

When breaking an enemy, it is best to do it on the first turn, allowing you to deal the most damage. Leaving the enemy at 1 shield point the turn before is recommended if you can.

Also, allies can be summoned into battle to help you once per turn and up to a set number of times per battle. Allies will always act last in the turn order.

There is also a “Switch All” mode that allows you to switch allies form front row to back row. Next, there is the “Boost All” button, which allows all allies’ current activities to be boosted. These are useful buttons to take on weaker enemies that you can defeat easily.

When trying to boost skills, you need to click an action to choose it. While holding, drag to the right to see how much you can boost. All characters can bring 3 skills to battle and with awakening 2, they can have 4 skills.

During battle, you can swap characters from front row to back row or vice versa. Front row characters will take damage but the back row remains safe from damage, but will still take damage if they have status effects like poison. Characters in the back row regen 10% of their max HP and SP at the end of every turn. This is great in making sure your characters can rest and not die in crucial moments.

Since there are no battle items, healing and regen is vital in keeping your team alive as any KO’ed ally in battle rules them out for the rest of the battle.

Levels is important in this game. It determines what armor or weapons you can equip in this game. The higher your level, the better equipment you can wear. The good thing is equipment in this game is straight forward. Higher level equipment means stronger stats. There is no need to second guess which equipment to use.

The level cap of the characters also matter a lot.

There is consumable EXP items that quickly increases a unit’s EXP gain aside from battling. There are various grades of EXP items that is available in the game. Some of the best EXP items can give as much as 250,000 to 1 million EXP. Leveling from 99-100 requires 6.1 million EXP, which is a lot required.

The skill board is a good way to further improve your units.

Keep in mind that for 3.5 and 4.5⭐ units, their final board is locked until they are ranked up to their final version.

Upgrading the skillboard is pretty simple. In order to unlock the node, you need to have unlock the previous nodes. You spend JP to unlock nodes. The bigger the bonuses, the higher the JP cost.

Most of the bonuses are stat boosts such as HP, SP, Attack, Defense, Magic, Magic Defense, Speed, Crit Chance and Influence. Influence affects which NPCs you can talk to.

There are also 2 other colored nodes – Orange and Purple. Orange nodes are for in-battle skills that can be either skills or buffs. Purple nodes are passives – Major and Elemental Resistance passives. As for the format of the skillboards:

Once you unlock a node, the JP points are used and you cannot reset it. Each time you level, you will get JP points. The total JP you can get at max level 100 for a 5⭐ unit is 196 JP points, which is enough to unlock all of a 5 star unit’s skillboard. Some nodes are also locked behind other unit’s levels.

Some nodes give 1 extra BP, which is good for spamming stronger attacks. The center node of a 5⭐ unit will give +1 Starting BP and you can unlock it easily through the adjacent nodes. 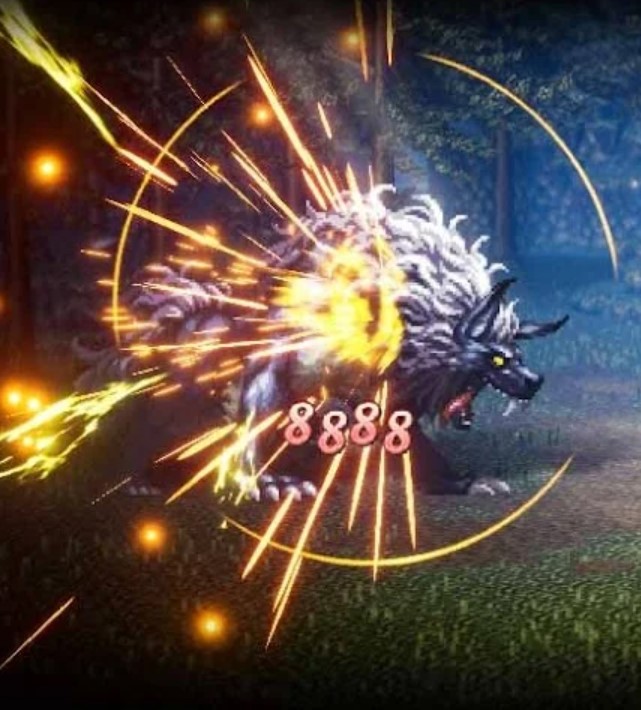