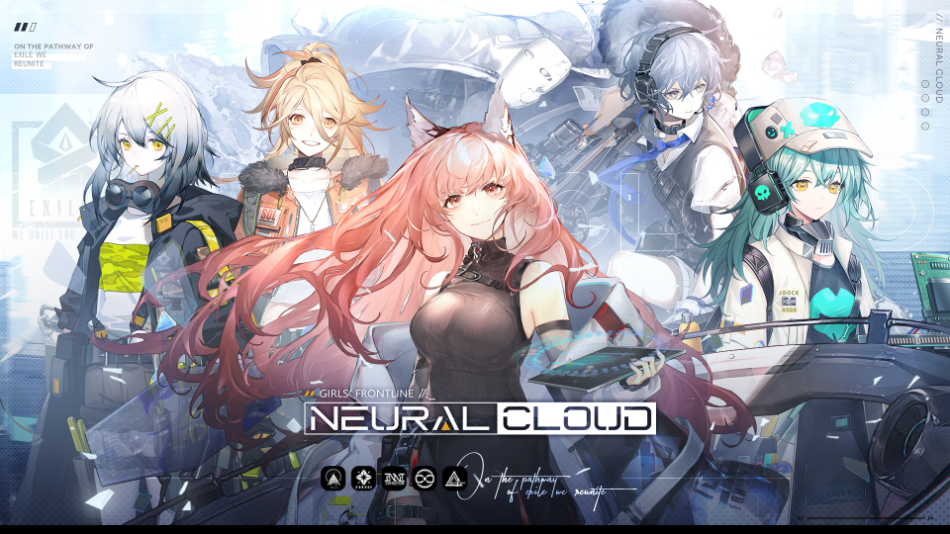 So as Girl’s Frontline: Project Neural Cloud launches on November 21st, here are some basic tips and important details that you should know about the game when starting out.

Here is an image created by Mars#9409 from Discord to help you figure out who to roll for. 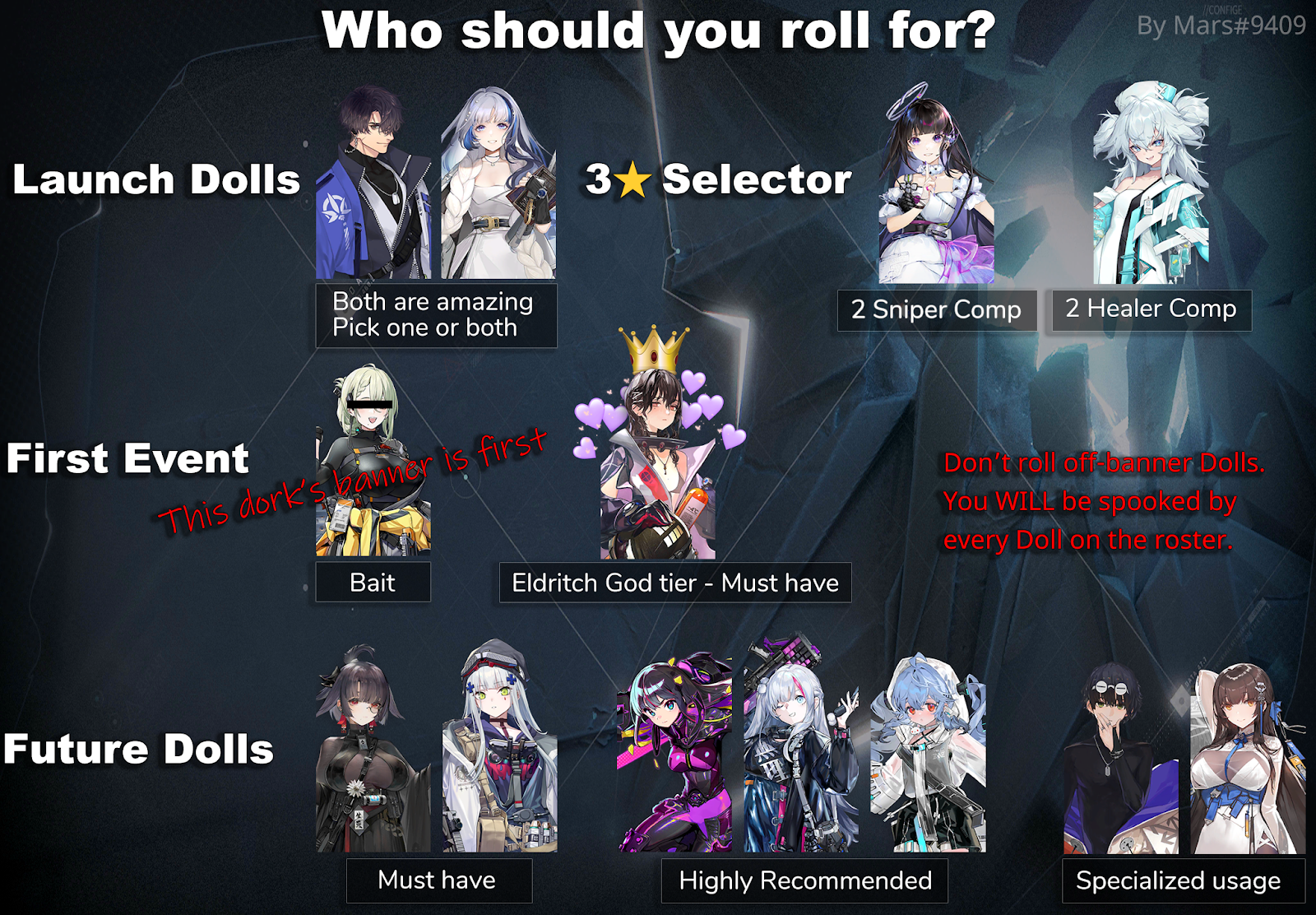 However, for any skill upgrades past level 7, you will need an orange skill book to upgrade the skill on top of needing the skill chips. They are more rare but they can be gotten from events. They just happen to be scarce in the early stages of the game.

Like most gacha games, the game utilizes it where you increases their rarity from 1 star to 2 stars to 3 stars etc via character fragments. You can farm the fragments daily via grind dungeons, up to 6 times per day, but it can also be gotten from the shop via cube fragments obtained from character duplicates. Increasing the affinity of the character can also net you some of these fragments as well. In other words, maxing out your character is not an issue for F2P players compared to other gacha games utilizing the dupe system.

Early on in the game, the gear isn’t too important yet. It will start to matter as you progress to mid game. You have 3 separate tabs you can equip your character with.

This is the standard for most of these gacha games now. They have a base area where you can gain additional resources and Neural Cloud is not any different. You get this now giant base where you can collect all kinds of resources to upgrade your characters every 12 hours or so.

There is also a dorm system where you can also get some additional resources. It is not much but it is a fun addition.

The next system is the strategy card where you get nice buff card bonuses that can help you out in battle. There are also class points you can allocate to strengthen a specific unit type. You are rewarded with more bonuses the longer you play the game.

When it comes to the content, you have the following:

Infinite Mode –  This is basically the tower mode of this game. You go down in depth as you challenge tougher and tougher enemies, getting resources such as gacha tickets and bonus chips that strengthen the power of your team. It also takes quite a while before you get to the really tough stages.

Resource Farming – These are the daily stages that gives you the character experience and skill chips. Occasionally, the will do 2x rewards and you get more bang for your buck. If you want to be efficient, then you want to save stamina for these 2x rewards and use the rest of your stamina for other stuff. There are various difficulty levels to cater to your own team’s combat power so you can progress at a decent pace.

Daily Stage Mode – Allows you to farm fragments for various characters, including a free 5 star tank (Croque) given to F2P players.

Event and Seasonal Stages – These are the usual extra events gotten when new characters are out. You can farm extra resources and all kinds of goodies.

Overall, the game is casual and is not extremely time consuming that you have to play it 24/7. This will work perfectly as a side game if you are short on time. They are also very generous with the resources compared to other gacha games. One thing to note is that there is no sweep function, so all game modes cannot be skipped. However, do keep in mind that doing dailies take about 15 minutes and logging in twice a day for a total of 30 minutes is enough to complete everything. If you enjoy the game a lot, then sinking in extra time on events will increase the amount of time you spend on the game.