Welcome to the Disney Mirrorverse tier list! We will be ranking the characters for the Global release and guide you and give you a rough idea of who to pull for or re-roll if you want to do that.

We have grouped them into the following tier:

S Tier (Re-roll for These)

Mr. Incredible - Immune to standard knockbacks unless against special bosses. This is good, especially when questing against normal enemies as your skills cannot be interrupted. He has good attack, damage, purge abilities and endless knockbacks when he uses his special attacks.

Hiro Hamada - First guardian with high tech synergy, boosting all high tech guardians. He is best suited in teams where other high tech guardians such as Sully, Baymax, Mr. Incredible etc. With the attack buff, any offensive team member will benefit from it. He may not have the best heal in the game, but using him alongside Jack Skellington or Maui will give you a high DPS team with good sustain.

Ariel - Low cooldown on her abilities. She is an offensive damage dealer. She gets 50% bonus when she self casts attack buff on herself (Pelagic Force). She has a good elite talent that gives her some sustain everytime she cleanses a damaging debuff. Pair her with other supports and you will have a very solid team.

Jack Skellington - He can purge enemy buffs and debuff them with defense debuff and he can buff all allies with an attack buff. He is a limited unit though. He can also heal as well, so that makes him an excellent support unit.

Mickey Mouse - Strong healer with a 10 second cooldown. His elite talent can reduce ally skill cooldowns, which can help them cycle their skill faster in battle. He is versatile and can pick between more heal or more support, depending on your playstyle. He can also allow himself and his allies to reflect some damage back to his attacker.

Oogie Boogie - The best defender/tank for soaking up damage. He can apply attack debuff on the enemy and also purge attack buffs from them. This means he nullify enemies that rely on direct damage to hurt your team. He also has a lot of defense based skill to further bolster his tankiness.

Judy Hopps - AoE attacker that can root enemies. Great crowd control character. Gets a focus buff when an enemy is defeated, increasing her crit rate. When she lands a critical hit, she applies defense debuff. Her special ability can inflict shock if you choose Electrifying Move elite talent. She is great at locking down enemies, allowing your other ranged characters free damage.

Baymax - Amazing tank that is immune to wound and poison. He does have a long skill cooldown though. He can activate Armor Field and gives all allies bonus armor based on their defense. When allies are under 16.76%, it heals them in the Armor Field. He can also apply attack debuff with advanced talent Kinetic Compensation Chip.

Gaston - A strong ranged attacker. It is recommended to use your special attacks first and then follow up with basic attacks. He can inflict wound and he gets bonus crit and can purge defense buff off enemies when they are inflicted with wound. His kit revolves around wound debuff. He just does more damage when the enemy is wounded.

Aladdin - Another solid attacker that also relies on wound. He gains a focus buff when the enemy is wounded.  He is also harder to hit due to his Shadow buff. One of his signature skill is the counter attack, which improves his critical damage when enemies uses a heavy or special ability. You also want to hit enemies from the back to inflict wound.  He can also stun using Shrouded Sword if the enemy is wounded.

Anger - He specializes in burns and he is great against bosses. He can gain attack buff when casting a special ability, although it is not the fastest way to stack attack buff. You will want to pair him with Hiro for the attack buff boost to make him more effective. He can knockback enemies and release his attack buff to deal more damage. He is also immune to burn.

Snow White - Very tanky and has thorns that stacks 5 times and adds to her defense as well. She can wound enemies and also knockback as well.

Tiana - One of the top healing characters for now. Hearty Gumball talent increases the healing further. With a team AoE heal, she will be vital in long drawn out fights. She can grant attack buff for the ally if she has extra cleanse buffs.

Hercules - Good damage dealer but very squishy. Glass cannon type character. Gains attack buff when hitting the same enemy and gains focuses when attacked. He needs to focus on one enemy for this to be effective. He can also stun if you choose the elite talent Dionysus's Influence.

Mulan - Good AoE damage but no interrupt skills. She gains an attack buff when hitting multiple enemies. Her basic attacks can inflict Wound. She is basically the AoE version of Hercules with some added utility. You do want to start off hitting one enemy and then activate the special ability and take on many enemies.

Belle - Decent healer and a step below Tiana. Good for early game for sure. She mostly heals a lot and can potentially give defense buff. In terms of sustain, she is great.

Scrooge McDuck - Good support character for a ranged team. Decent healer and you want him to create as many coins as he can, making his heals better. He can cleanse attack debuff, which is decent.

Maui - A decent tank and useful against enemies that gain their own buffs. He can stack armor buff and transfer it to allies while keeping it at the cost of consuming his defense chargers. His advanced talent Battle of the Volcano gives him a defense buff and attack buff to bolster his offense, which he lacks. He can also AoE stun enemies with his special ability.

Ursula - She can root enemies and has good defense. She makes a good tanky crowd control unit. She can also heal if the enemy is hit with her core ability, which is great for self sustain. If she hits a target and keeps going, she will inflict attack debuff until she switches target. This is good versus bosses.

Elsa - Decent ranged support character (limited). She can apply attack debuff with her frostburn aura. Anyone inside her aura can be rooted. When it comes to crowd control, she is definitely very good.

Buzz Lightyear - AoE ranged damage attacker that can shock and stun. Dealing critical hit improves his defence with a defense buff. He can remove armor from his basic attacks as well.

Jack Sparrow - A healer that has a skillset revolving around Curse Charge. More curse charges means more heals and can also help cleanse debuffs off allies. He is very valuable against heavy debuff enemies.

Donald Duck - A defensive tank that doesn't provide team buffs. He is good at soaking up damage and that is about it.

Scar - He has low health and defense. However, he does good damage and can apply wound. Enemies cannot heal when they are wounded. He is a glass cannon, much like Hercules.

Disney Mirrorverse is an upcoming crossover mobile role-playing game. The game features evolved and amplified versions of Disney and Pixar characters and combines RPG with combat and fighting gameplay.

The Disney Mirrorverse narrative centres on a divergent universe that serves as a separate entity to the settings of original Disney and Pixar movies. In this world, all of your favourite characters serve as mirrorverse guardians. They possess unique gifts and abilities that they use in combat.

The gameplay is pretty much action battle mode with gacha elements. You can also customize which skills you want to use on your favourite Disney characters. This makes it quite fun for some as you can strategize and build a team based on what you need to progress in the game. 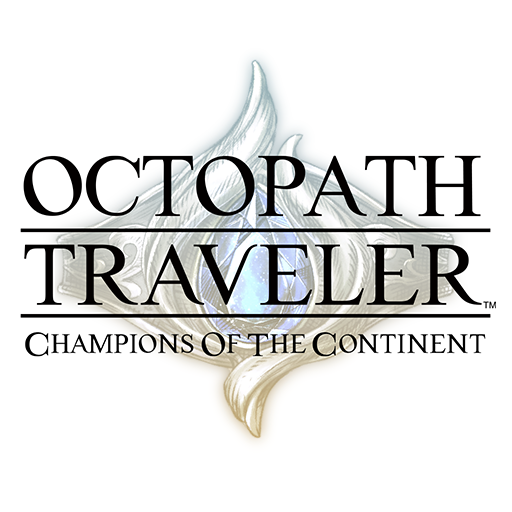