Welcome to the Grimlight global PvE tier list! This list is compiled by the wonderful community from the Grimlight Discord. Have a look at some of the data they have compiled besides the tier list.

This tier list is tweaked to what I believe is good for a day 3. Having gotten to chapter 6 and used some of the units that were ranked lower such as Kaguya, some changes were made.

Some are not included as they are either too low usage or not good enough to be mentioned. Also, the game gives you 70 pulls from completing all 7 chapters and with all the rewards and bonuses gotten, you can definitely get a decent roster going.

Also do keep in mind that the game discourages you to use a bunch of 5 stars as there is a cost limit per round that you can use to deploy your units. Some units have higher cost than others, making it unviable to just field all 5 stars.

There must be a good mix of 3/4/5 stars from various classes such as:

It is good to have an entire roster from 1 of these classes as some stages will have physical/magical resistant enemies that you will need use the other damage type to do well. For example, this is my day 1 squad: 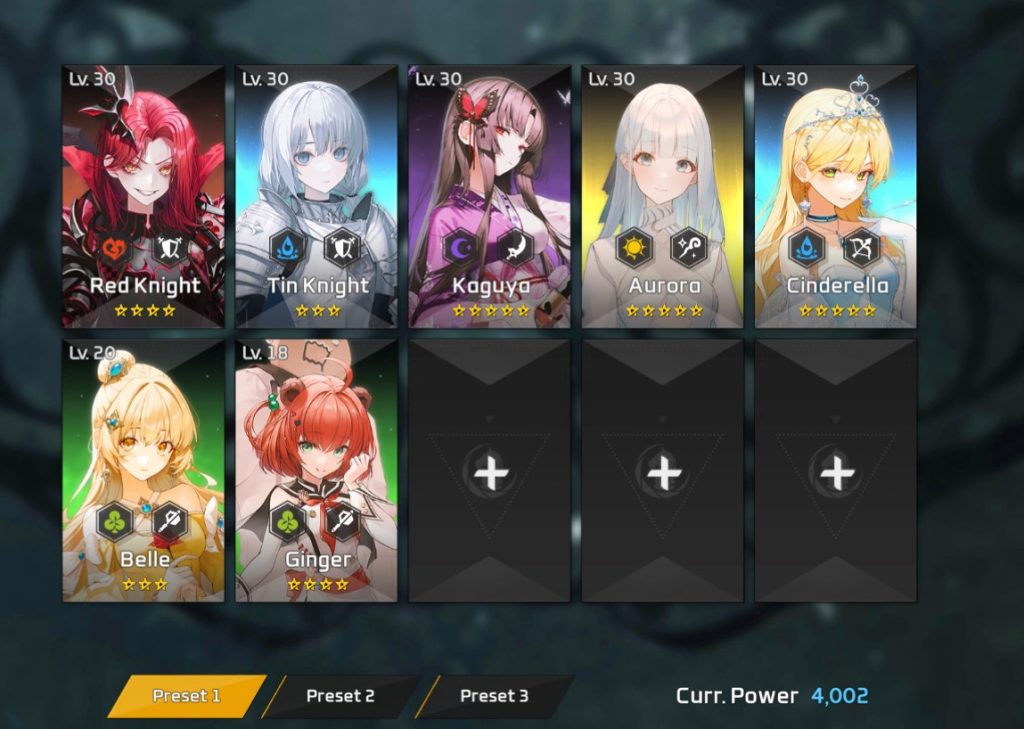 It covers decent enough ground. Later on, you will want to get them to level 60+ to get through to chapter 7. Now, let's go over the top picks in the tier list.

Try to re-roll for at least one of them from the SS and S Ranks. Since Aurora is given for free, you can consider using her for your mage slot.

The reason why she is on the top of this list is because she has the important trait which recovers all allies energy by 5 every 3 seconds, which allows your allies to quickly charge up their skills. This is vital as skill spamming will speed up DPS and healing cycles. She also does good AoE damage to random targets and has another skill that can hit a small area and knockback as well. I have her and she is a permanent stay in my PvE squad.

Dracula is a frontline warrior that has the trait lifesteal, making him a self sustaining bruiser. Once he gets enough damage and have good support, he is able to heal a good amount and sustain himself. His damage is also quite decent. His own lifesteal also stacks with the Vampiric set. His first trait also gives him bonus attack, making him hit harder and lifesteal more as well.

A strong AoE attacker that hits hard on multiple enemies. Her second AoE skill can also stun enemies, which is very good for crowd controlling large group of enemies. Her basic attacks can also hit across all 3 tiles, which is super good. Later on, you can put her in an all fire team for massive damage bonus to other fire allies with her second trait.

Winter Queen is the ice version of Queen of Hearts, being capable of freezing enemies on her first skill on enemies with the frost debuff. Her passive will inflict frost debuff on them and when she unleashes her AoE attack, they get frozen. Also, enemies take some damage over time when she is on the field. Her first trait also slows down enemy attack and move speed.

A strong frontline guardian that remove enemy buffs with her active and also apply physical weakness with her passive skill. Since she can hit multiple enemies in her own row, she has some decent AoE damage. As a 4 star, she is definitely a top choice to pick as the tank.

Hook is a ranger that can snipe weakened enemies from afar. She is best used with at least a few ranger to benefit from her ranger only attack buff. Her active skill targets the backline and can stun them, helping your frontline take less damage. Her passive will also target the weakest enemy, heling you focus one enemy down and kill it faster.

Alice is naturally a tanky warrior with her 20% evasion trait. While she does best in an all fire team, she can deal true damage and execute enemies at low health with her active skill. Her passive can heal allies, making her a healing warrior, which can allow you to not run sages in most maps. As a 5 star, a 4 cost healing frontline is really a good thing to have.

A mega tank that can revive when she dies in battle once. This allows her to soak up more damage over time. Her passive grants the team bonus shield at the start of each wave. Her active can apply attack down, which reduces the damage your team takes. While she is a great tank, she does come at a higher cost of 5, which means you can field less units in wave 1 if you run another 5 cost unit.

Another great tank that can self heal on her active skill and provide ally healing bonus via her passive. She is best used in a team with other healers so they can take advantage of her healing bonus. Her attacks also slow down enemies and she is immune to stuns and knockbacks thanks to her trait.

Dorothy and Little Mermaid would make a good healing duo, with one in the frontline and one in the backline. Her passive will heal 4 nearby allies and her active skill grants a giant shield based off her max HP. Definitely worth having on your team.

An AoE mage that can deal a lot of magic damage. She is best in a team with at least 1 or 2 other magic attackers. Her passive can apply magic break on enemies, increasing the magic damage taken. Her basic attacks can also hit more than 1 enemy in the same row, so it is decent.

She has a attack trait that benefits all heroes, so she is great in a very offensive physical team. Her active skill can knock back enemies. As a ranged unit, this is super useful to prevent enemies from getting into melee range. Her passive skill also allows her basic attacks to knockback enemies.

She is a very good support as her active skill grants energy to all allies while reducing their skill cooldowns. She can also teleport to the lowest HP ally and grant them attack speed. This can be good or bad depending on your team comp though. She does have a low cost of 3, so she is quite good for general content.

Kaguya is an assassin that can breach enemy backline with her powerful attacks. She can apply physical weakness debuff, helping your team deal more physical damage over time to the enemy. While her trait only benefits all dark allies, she can deal true damage that ignores defense and stun them as well. As an assassin, she is quick and can penetrate the backline fast. You will want to get a healer to ensure she doesn't die to a host of mobs though.

Now that you have an idea of some of the SS and S rank characters, it is time to figure out how to form a decent team. Generally, you won't need a team of 10 until later in the game. A small team of 6 decently levelled will be good enough to carry you to the later chapters.

As mentioned earlier, you want a good mix of rarities with:

This allows you to filed 4 units at the start and then add 1 more after each wave. If you field too many units with 5 cost, then you will end up fielding less units. This makes your backline wide open and they can suffer a lot of damage easily. Then, you will want to pick 3 for the frontline and 3 for the backline.

This will make your team very well balanced and can handle all the content out so far.

Also, do check out the opinion of others as well:

Hope this helps and happy re-rolling! 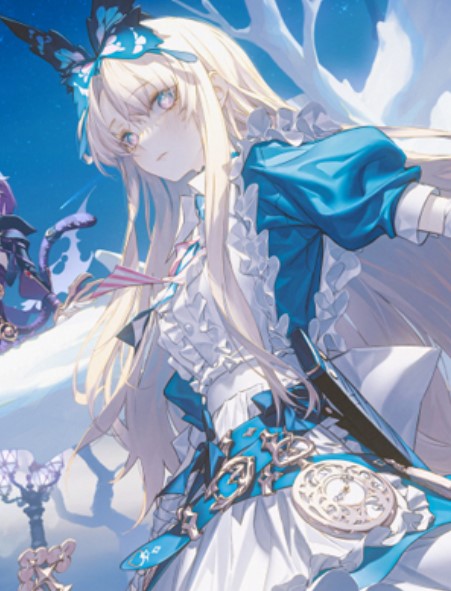