Welcome to the Infinite Magicraid Tier List! In this post, we will go over the best units to re-roll for so you can have a smooth progression to late game. Keep in mind that we are only including Mythic and Legend heroes on this list. We also have a database set up, click here for character details.

The rate of summoning is as follows:

Keep that in mind when you are re-rolling.

Lucifer (Debuffer, Single Target DPS) - Strong unit that can snowball very well due to his added attack on crit. Since he can attack other enemies after killing one, he can do a lot of damage when built correctly. He also goes under stealth every turn, which prevents enemies from targeting him. Overall a strong DPS unit.

Hezonja (A0E Damage, Burns) - The pure burn stacker that is super against bosses. Since it does damage off enemy max HP, he can easily chunk bosses once the burns start to stack up.

Melia (DPS, Burns) - Is similar to Hezonja and is good at killing bosses. She is also about stacking burns and deal good damage. She does need to transform into Valkyrie to get the burns though.

Katherine (Support) - A protector that can reduce the damage taken to her allies. She has a passive that regens ally hp each turn. Her 4th skill grants counterattack and shield to all allies, which is super busted on certain team compositions.

Luna (Protection, Healing) - One of the best healers in the game. She can heal, cleanse debuffs and also protect allies using stealth. Her second skill can increase your entire team's turn meter. Her last skill Quietness can grant attack buff on top of healing + cleansing. She is definitely overloaded in terms of being a healing support.

Xia (Single Target DPS) - With self crit rate and crit dmg boost on skill 2, she can dish out tonnes of damage. Her basic attack will reduce the cooldowns of her other skills, making her being able to spam her skills frequently if she is fast.

Dario (Single Target DPS) - His 4th skill disrupting ray passive can ignore enemy defense. The goal is to stack up Shadow Flame stacks and unleash the powerful attack. He wants to be built as fast as possible.

Serena (AoE Damage, Shield) - Can grant shield and stealth to herself and an ally. She can then unleash a powerful attack after stacking up feather stacks.

Infinite Magic Raid is a turn-based mobile role-playing game that adds to the immersive fighting experiences in the Land of Loess by restoring the might of heroes and defeating the wicked God Lihem in the Sword Harbour.

Each attacker in the game is labelled with a tag, which in terms of the game is referred to as the Tower of Mark. These are 4 symbols that represent each of them: The Red mark, the Blue mark, the Green mark, and the Force mark.

Diamond is the premium currency of Infinite Magicraid and they are primarily used for summoning heroes in the Wish system. Players do not directly use their diamonds to summon but are used for buying the different types of runes through the in-game marketplace. Diamonds are quite scarce throughout your journey but are abundantly available at the beginning of the game from main story stages, campaign clear rewards, gallery, quests, new player missions, and pre-registration rewards.

Skills will either be active or passive. They start at level 1 and can be upgraded using a Basic Skill Scroll if the unit is Epic Rarity or below. Legendary units require either an Advanced Skill Scroll or 10 Basic Skill Scrolls to level up a single skill, so choose carefully before you think about leveling up any unit skills.

To awaken a unit, your unit must first be level 5. Upon reaching level 5 you must feed it more 5-star fodder units (units used to power up other units, food). The first awakening will only require 2 5-star units, but this value increases by 1 for every awakening level, costing 27 5-star units to awaken 1 unit fully.

Stages throughout Infinite Magicraid consist of different zones and levels within each zone. Each zone has 10 levels, with a miniboss at level 5 and the main zone boss at level 10. Defeating the zone 10 boss will allow you to move to the next stage once you have also completed the corresponding campaign quests if you are completing the campaign for the first time. 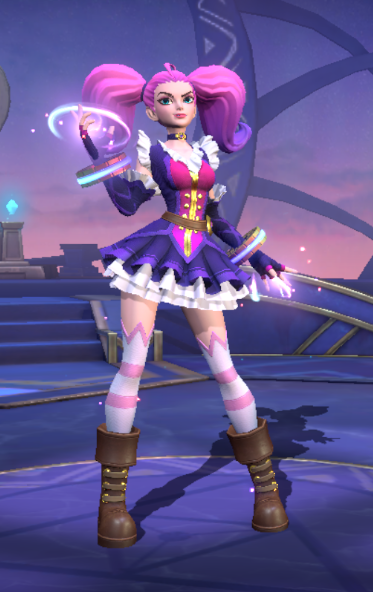