If you are tired of the Dislyte developers messing up their own game via completely changing their systems every few patches, here are some games that are similar to Dislyte that is more stable and less unpredictable.

They are the same makers as Dislyte and due to the success of this game, they were able to create Dislyte. However, the game is more consistent and doesn’t change their systems every god damn patch. It is also an idle game, so it is also less time commitment. AFK Arena is a little different, though. Instead of controlling your heroes during battles, they fight automatically, and you only control certain aspects of the battle.

First off, you can set up your team of heroes in a formation you like. You can place them in front or backline, which affects their abilities and how they interact with allies and enemies. Second, their special abilities are displayed as cards at the bottom of the screen. Each card has an energy bar that fills up as the fight goes on. Once it’s full, you can use the hero’s special ability. At first, it may seem simple, but with all the different team combinations and hero interactions, the battle planning gets pretty complex. But that’s what makes the game so interesting and fun.

When it comes to the graphics, it’s got a comic-like feel to it. The characters and animations are cool, but the effects aren’t too overwhelming. The developers wanted to keep it simple and pleasing to the eye, and they did a good job. But, I will say that there are other games with better graphics, so if you’re looking for something super flashy, this might not be the game for you.

The graphics in this game are on point. Everything is 3D rendered, so it’s like you’re really in the world of the Seven Deadly Sins. The cutscenes and ultimate moves are super smooth and well-animated. Plus, you get to explore different hub-worlds, which is always a plus in my book.

Now, let’s talk about the combat. It’s different from other mobile games because it uses a card system. You collect characters, each with their own set of abilities, which are also represented as cards. You can have up to 3 different characters in a team, and even switch out characters mid-battle if one of them gets taken out. You get a maximum of seven cards per turn, and if you put two cards of the same rank next to each other, they’ll upgrade to the next rank. It’s a pretty cool system that keeps battles interesting.

But honestly, the best part of this game is the way it’s presented. The UI is on point and it gives it a console-like feel. Even though the PvP mode didn’t really do it for me, there’s still enough to keep you entertained in the story campaign. Plus, with fully voiced cutscenes with the original Japanese voice actors, it’s like you’re really in the anime.

This game is like a mix of Summoner’s War and Dislyte, but with a Star Wars twist. You’re constantly battling to collect loot and level up your characters, and trust me, it’s addicting. The gameplay is turn-based and you gotta use strategy to defeat waves of enemies and keep your team alive.

The real hook for this game is the metagame. EA did a great job at giving players a ton of options for customizing and optimizing their grind, and it’s gonna take a minute to properly upgrade a single character, let alone amass a large cast. But that’s what keeps it interesting, the long-term goal of building the ultimate squad.

The Star Wars theme is on point in this game. The concept is based on the fictional board game from the movies and it’s cool to see characters like Chewie and R2-D2 alongside a Jawa and Mace Windu. It’s not a canon experience, but it’s a fun game built on the Star Wars universe.

Graphics isn’t the best but it does has some similarties to Dislyte in terms of art style, since it follows a more cartoon/comic style.

Much like Dislyte, E7 follows the gacha model of waifu/husbando collector but with an Anime style. So, let’s start with the graphics. This game is 2D all the way, with some sweet anime cutscenes and smooth transitions between gameplay and cutscenes. The backgrounds are static 2D but still look lit af. The best part? The inn. Damn, they put so much detail into that place. You’ll be staring at all the little animations, like characters hanging out or the bartender cleaning a glass, for a while.

The story and cutscenes in Epic Seven are top notch. It’s all dialogue based, so you can pause or skip any part of it. Plus, you can always replay it in the journal. The animation in these cutscenes is on par with good anime movies. The transitions between character movement and animation are especially smooth, especially when they’re using their skills.

The sound and music in Epic Seven are straight bangers. The music is on point and you won’t regret leaving it on while you play. Voice acting is in different languages for all characters and they got voice lines for when they’re using skills and grunts for when they’re getting hit. The sound effects are also fire, like a sword hit sounding like a sword slash.

Finally, the game length. This game is a time sink, no doubt about it. But, the more time you put into it, the more it rewards you. It’s an objective game, so you need certain characters or gear to progress. You can’t just do the daily and call it a day, or you’ll fall behind. And falling behind is not good, ’cause you’ll miss out on a lot of weekly rewards in PVP. Honestly, sometimes I get so into this game that I don’t even realize how much time has passed. All in all, Epic Seven is a game that will keep you hooked for hours.

This game follows the Marvel series. If you are already a huge Marvel fan, then this game should be of interest to you. Much like Dislyte or any gacha game, you will get a ton of free characters early on. There’s a ton of combinations of teams you can use across different game modes. The game keeps expanding the roster regularly so it doesn’t get boring.

Second, the game modes are where Marvel Strike Force shines. Blitz is a great mode where you can play battles against other teams or sim them, and you can use any character in your roster in any order. You can try out new characters, teams, and skills immediately and see how they do against other teams. This is a rare game mode and it’s a ton of fun. The game modes are varied enough that you can pick one or two and excel in it. You can build a roster specifically for Alliance War and be one of the best in your alliance at this mode.

Third, the game is just plain fun and communal. Once you get into an alliance that suits your playstyle, the game becomes even more enjoyable. There’s a lot of fun things to do in the game, and a number of great characters to enhance. The alliance system helps you build a community of players that all work together and share their successes and failures.

One of the oldest and pioneers of the gacha genre. This game paved the way for future premium games like Epic Seven and Dislyte is also inspired by this game. The art style might be a bit outdated but the game play is very similar to Dislyte.

Resources in the game is quite easy to get are not stingy. Their Infinite Miracle bosses have the same mechanics and does not deviate too much as well.  Much like Dislyte you will also get attached to some of the monsters.

The biggest difference is that in this game, the monsters have 5 elements each, which each element having slightly different skill variations. If you are into unique monsters, this may throw you off.

And finally, the gacha system has no pity summons.

For those that are not aware of this franchise, they have an anime series that you should also watch when you have time. The game’s characters are based of it. This game was released globally back in 2017, and since it’s an old game, it doesn’t have the quality of life features that the current new games have.

However, the gameplay is also very simple and easy to play. It is not an idle game though, so it may not appeal to some. There is also no automatic farming, and you have to play through the game’s story and events manually.

The story chronicles the efforts of the Chaldea Security Organization to restore the Common Sense of Man by way of excising the Holy Grails sustaining the chronological Singularities that disrupt the continuity of human history and contribute to the Human Order Incineration Protocol. This is referred to as the Grand Order — “the greatest of the Holy Grail Wars.

The game has been running for a long time and is still going strong.

This game has been out for almost 5 years, but it still looks fresh and is on par with even AAA titles today. It’s got a story of its own where a collapse of dimensions causes massive anomalies in the universe with our Marvel characters. The team investigates and finds their villainous counterparts. They find out that there’s someone behind it all and they have to fight extra-dimensional versions of themselves, future versions and more.

The game looks impressive and the characters all look faithful to the source material. They’ve got additional costumes and cosmetics that make the game even more interesting. The abilities and animations are spot on and make the characters come to life.

They do use slightly aggressive marketing via microstransaction, like most gacha games. They offer them on every step of the way, including packs and special limited-time deals. But you don’t have to buy any of it, the game is completely free to play and you don’t need any microtransactions to enjoy it. The microtransactions are mostly catered towards cosmetics and for people who want to own the most characters and level them up fast. Overall, Marvel Future Fight is a great game, it’s got a solid story and the graphics and gameplay are on point. If you’re a fan of Marvel, this game is worth checking out.

There you have it folks. Give some of these games that are like Dislyte a go. Who knows, you might get hooked on one of them! 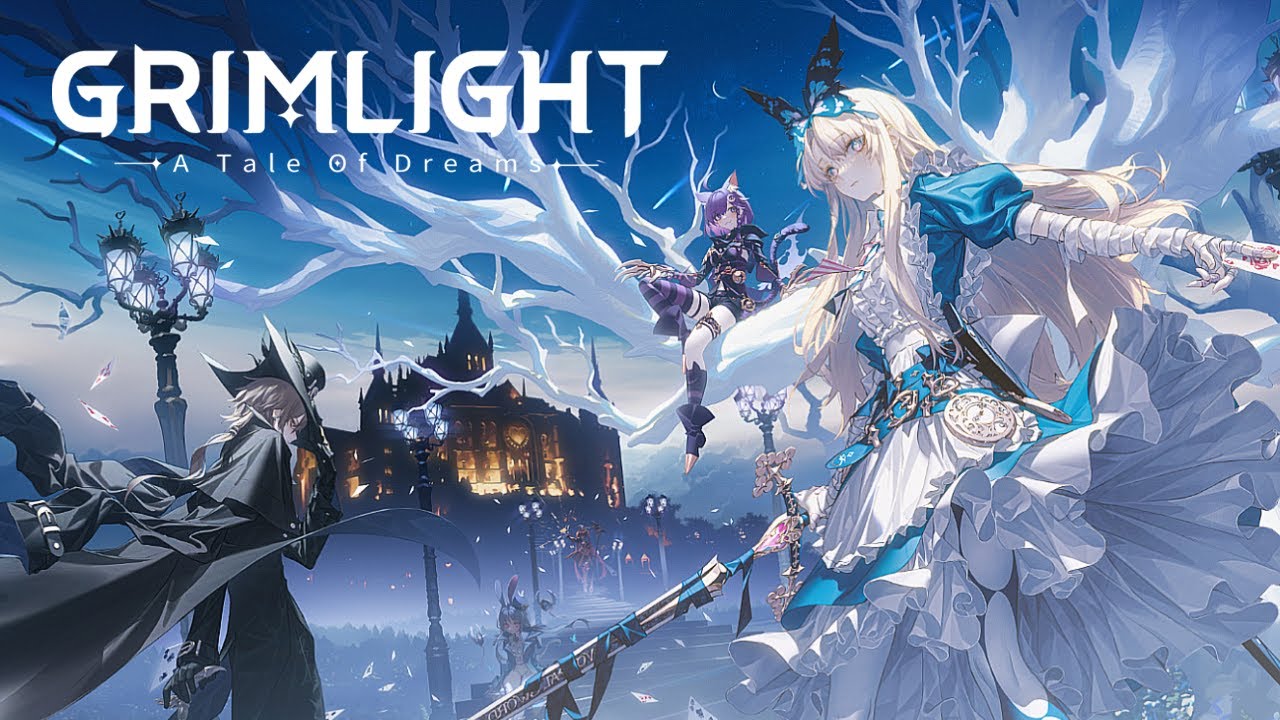 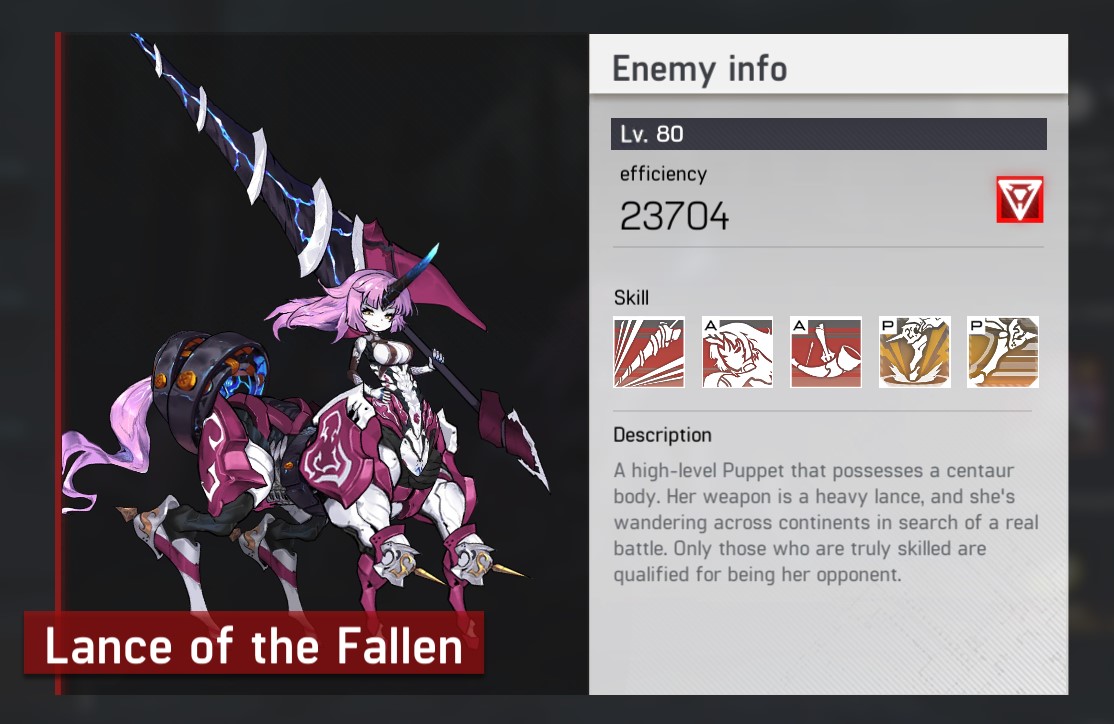 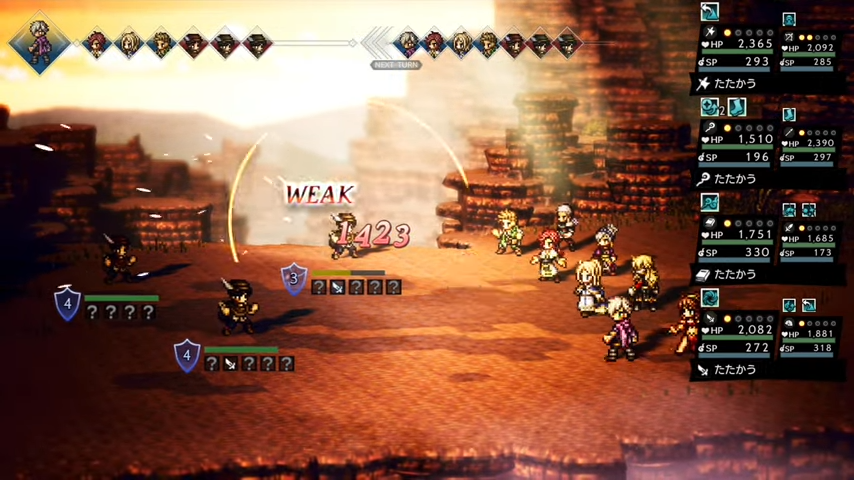