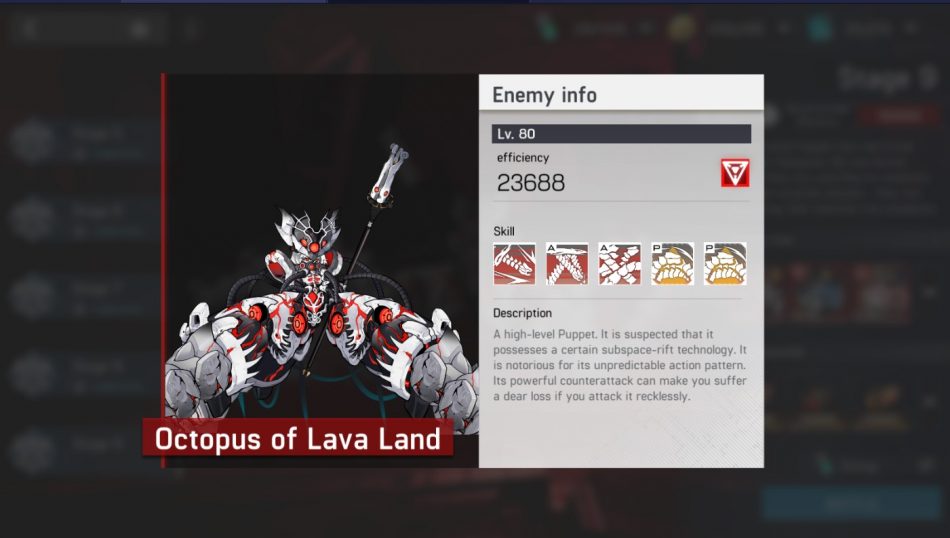 Welcome to the Artery Gear Octopus boss guide! In this tutorial, we will go over how to deal with the hardest boss in the game. One of the best sets for some DPS units is the Crit DMG set, which will greatly improve the maximum damage output units like Lila or Nina can achieve. Other good sets include the Lifesteal and Counter Engine set (action bar increase when losing hp).

The most optimal way to farm this is to have a team capable of clearing Octopus 9 and proceed to farm 7/8 for the right pieces.

Here is a video of Gacha Mogul doing Octopus 9:

Here is a stacked team with Nina taking on Octopus 9:

The Octopus is a boss that punishes single target attackers and forces you to use AoE attacks to avoid taking damage. It is best to bring blue units as the 50% deflect chance for being advantageous element really helps here. Octopus deals a lot of AoE damage and she hits hard as well alongside her puppets.

Here is a look at the skills of Octopus and her minions.

Abyss Concussion – Deal damage to a single enemy and Mark them for 2 turns. After each attack, if the target is Marked, reduce this unit’s skill cooldown by 1 turn.

No Survivor (3 turns) – Deal damage to all enemies, grant ATK Boost to all allies for 2 turns, and gain DEF Boost for 2 turns.

Nether Raging Sea (4 turns) – Deal damage to all enemies, inflict Interference for 1 turn, and inflict Infirmity for 2 turns. After each attack, if the target has debuffs, follow up with “No Survivor” to attack. Summon three new Minions that replace the existing Minions in combat.

First Sign (Passive) – At the beginning of battle, gain 50% Action bar. Split 30% damage for allies. Upon taking a single-target attack, each minion has a 50% chance to Riposte (counter) on the attacker.

First Sign (Passive) – At the beginning of battle, reduce this unit’s skill cooldown by 3 turns.

Puppet 1 – Deal damage to a single enemy. Mark them for 2 turns. If the target is already Marked, inflict SPD Reduction for 2 turns instead.

Puppet 2 – Deal damage to a single enemy. Mark them for 2 turns. If the target is already Marked, inflict DEF Reduction for 2 turns instead.

Puppet 3 – Deal damage to a single enemy. Mark them for 2 turns. If the target is already Marked, inflict ACC Reduction for 2 turns instead.

The battle sequence for difficulty 7/8/9 starts with Octopus using an AoE attack (No Survivor) right from the start, granting her an attack boost in 7/8 and attack+ defense boost in 9. Since most new players won’t have the resources to quickly get a stable team together, it is best to try and go for the 2 turn KO team.

Upon taking that hit, you will start the battle. After that, she will proceed to use her Raging Nether Sea attack. That usually will wipe out all DPS unless they have damage mitigation.

You only have 2 turns to try and kill her. That is why a lot of folks recommend Ginga since she can do it after she hits a certain gear threshold -> ATK or Crit DMG/Crit Rate set with 5k+ attack, 280%+ Crit DMG will do the trick alongside defense break.

To craft a 2 turn team to beat Octopus, here are a few things that will help:

The team will depending on what units you have. However, I will list the units that you can use to form your core team. 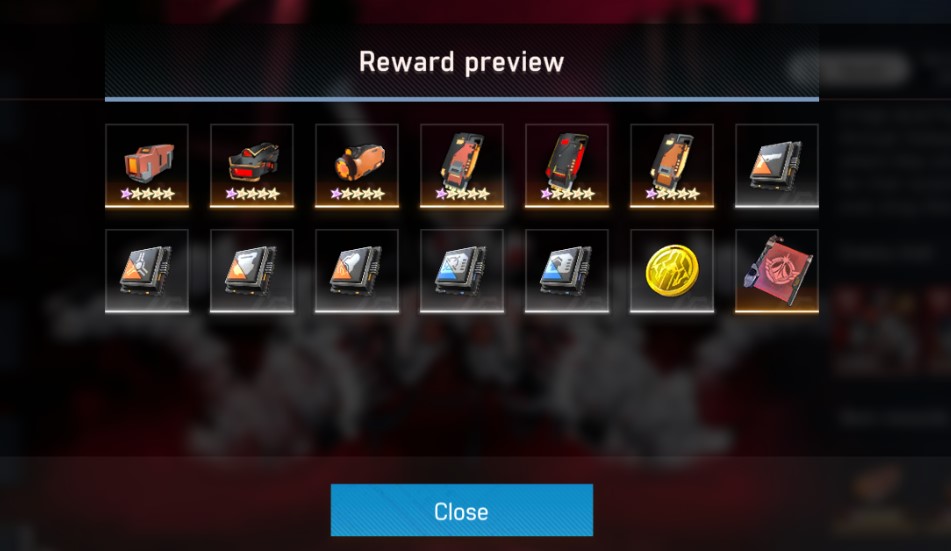 Octopus 1-4 is pretty straight forward. Once you get to difficulty 5, it starts getting a bit harder even when you have a full 5 star team. At level 7, you will start to need at least a 6 star DPS or 2 with decent gear to do it well. This is assuming you got Alice on the team. If not, you definitely will need Enhanced Repairer or another DPS or healer to help things out.

You only need to clear difficulty 9 once as you will be farming 7/8 most of the time. You want to look for:

After that, you will be farming difficulty 7 until you get the desired stats for the rest of your gear by transferring them via T3 Crystals.

I think this will be hard for F2P since most 3 star units need very high gear requirements to do this properly. However, you can use any 3 star defense breaker here, but they will need at least 10k health and 800+ defense to survive the first turn.

Doable F2P Team If You Rolled for Alice + Ginga

Alice needs no introduction here. She can boost an ally with attack boost and bonus turn, allowing them to go twice. This will most likely go to Ginga. Alice also has AoE slow on the third skill, which helps as well.

Ginga will be the primary DPS. You are going to need her to have 48% accuracy, 5k+ attack, at least 75%+ crit rate and 280%+ crit damage. Ideally, her skill 2 and 3 are max skilled. This should allow you to do enough damage and having another support DPS will finish the rest.

She is not F2P, but if you got her in one of your pulls, she is super useful in stripping the attack and defense buff of Octopus. She can then follow up with skill 1 for extra damage. Her skill 3 also gives her attack and speed buff, but it is not necessarily needed here.

Goya is also not F2P since she is 4 star. However, she can provide 3 debuffs – defense break, infirmity and burn. This will increase the damage Ginga does if all the debuffs land. The 3 star budget option is Shinonome, but she only has 2 debuffs. Goya has low base speed, so she will need good speed sub stats to have her go before Ginga.

Kagari offers buff strip and slow on skill 3, which is great for taking reduced damage. Her first and second skill can reduce action bar, which can help delay Octopus from moving on turn 2 if she survives.

The best attack support here. She has team speed and attack buff, plus all her attacks are AoE, so she will not take counter attacks at all.

Shinonome is here to provide defense break and burn for the additional damage bonus for Ginga.

Neisa works well here despite being a green unit. Her job is to cast invincibility on the DPS and make sure they survive the counter attacks from the puppets.

Nio has team wide attack buff and defense break on her skill 2. When unique equipment is maxed, she has 100% chance to defense break. She is the budget Quinn.

Greer is here for the defense break and also some decent damage.

Milvus has AoE defense break, which will help do some damage as well.

Chihaya is okay to use here as the defense breaker, but she will eat more counter attacks as she attacks twice, especially with 100% crit rate.

Nina is one of the top choices here. She has self attack buff and critical rate boost, making her easy to gear and she can deal a lot of damage along with a defense breaker.

Ghost is also good here as she deals bonus damage against a buffed opponent and can strip the buff as well. She will need a another supporting attacker though.

Shyura is also decent here as her skill 3 does decent damage and she can apply attack down, which will help your team survive better. She can also apply defense break on skill 1 and 2, so that is an added bonus.

To conclude the guide, this boss is hard until you can get decent gear. So do not feel bad if you cannot complete it as easily as the other hunts using Roko and Alice cheese tactics.