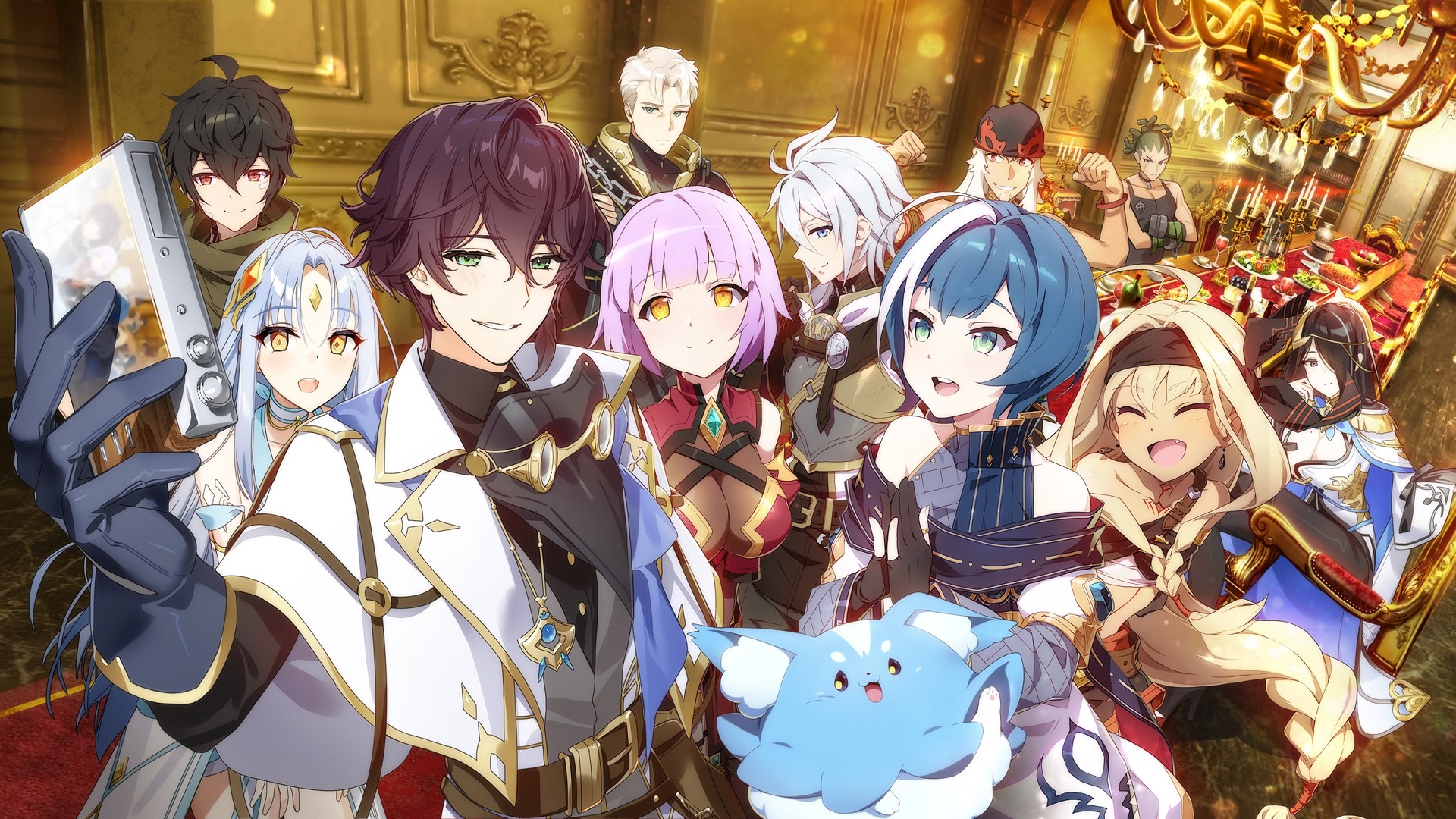 Epic Seven is a fun turned based RPG that has incredible graphics, story and well designed characters that attract a lot of players that love the anime themed type games. We are recommended a few others that you may also like if E7 is your cup of tea.

Fate/Grand Order is a turn-based role-playing game with some visual novel elements. The player takes the role of a “Master” and commands a group of individuals called “Servants”, who are typically historical, literary, and mythological figures from various cultures.

If you ever watched the anime, it pretty much follows the popular characters in the show. The battle is turned based, much like Epic Seven.

There are 3 types of stages: Normal, Fatal Battle, and Grand Battle. Normal stages have enemies of average difficulty, compared to the other stage types. Fatal Battles usually contain at least 1 boss enemy that has a significantly higher level than the normal enemies, which means it has much higher HP and deals more damage.

There are things such as debuffs, buffs and the turn based style battle will most likely be something you will enjoy.

The story revolves around a new natural resource known as “Eternium”. While it’s a strategic RPG, the game allows action plays directly based on the player’s strategy. There are other characters that players can collect to make up the best strategic team for the campaign mode or in real-time PvP. The game will also feature Live 2D graphics which gives a nice touch for anime-like art styles.

This game is actually really fun. The downside is that this is currently only available on the SEA server, which means you have to join that to play it. However, the global launch is confirmed, according to the developers.

Based on my research, the SEA server is not that well manged by ZLONG games, which is the publisher. The developers themselves will actually launch the global server without going through a publisher. This usually means they will be ran much better than the cash hungry publisher companies.

It tells the story of the Princess of the Liones Kingdom, Elizabeth whose father has been deposed by the Holy Knights. Elizabeth seeks to return power to her father by seeking the help from the Seven Deadly Sins, another order of knights who were accused of attempting a coup 10 years ago.

Also based off a popular anime, this game has similar art style and flavour to Epic Seven. Their characters all revolve around the story characters, with various version of it. So this may or may not turn you off. However, if you like the story/anime, this should not be a problem. Characters have skills and have unique ultimates that can turn the tide of the battle.

Summoners War is a turn-based MMORPG where players collect and summon a myriad of creatures and beasts to fight. It features a robust summoning system that allows for in-depth customization and supports a variety of playstyles.

Epic Seven is actually inspired by this game. Due to the overwhelming popularity of the  game when it first launched, E7 took inspiration and made their game. The battle format is more or less similar. Instead of only 3 skills, each monster will have 4 skills for the most part. Their light/dark 5 star monster rate is even rarer than the ML5 of Epic Seven, so keep that in mind.

They also have something called the violent set, which basically like a dual attack mechanic, but it can activate multiple times in one turn. This can tilt some players. If you are playing it, be prepared to deal with this.

Onmyoji is a 3D RPG developed by NetEase Games. Follow the legendary onmyoji Seimei in his journey to recover his lost memories while encountering demons of all shapes and forms. Unravel the supernatural tales of the shikigami, spirits, and demons, and listen to their inner voices.

Onmyoji has a more ancient art style with similar gameplay features. If you are more into old school myths, this might be more suitable for you. Characters are heavily influenced by old Japanese ancient times, with fox spirits and ancient warriors a very common theme.

Arknights takes place in the dystopian world of Terra. Terra may seem initially similar to our Earth, a modern world with a relatively similar level of technology – perhaps slightly more futuristic. However, its inhabitants, the “Ancients”, sport animalistic traits. The world is constantly devastated by Catastrophes, ecological disasters of various sorts, forcing the world’s inhabitants to adopt a nomadic life through nomadic cities.

Arknights provide a slightly different gameplay to the usual anime gacha. It is more of a tower defense game where the characters are upgradable “towers” with useful skills. Your goal is to create a team that can defend your area from getting breached from the enemies. The characters are chibi style with very nice anime artwork. The voice acting is also quite good, on par with Epic Seven I would say.

Touhou LostWord is a turn-based strategy and gacha Touhou fangame developed in 2020 by NextNinja, and published by Good Smile Company. The game is licensed by Team Shanghai Alice, the publisher of the official Touhou games.

Much like Arknights, it has a chibi style battle gameplay that if you like Arknights, this might be something worth checking out. The gameplay elements are quite similar to Epic Seven, it is turn based where characters take turns to attack. In terms of story and plot, it is quite fun and interesting, in my opinion. Although I would say the battle system is more simplified compared to Epic Seven.

I would consider this a more casual game and if you just want to kill time or take a break from E7, do give this game a try.