Welcome to the Dislyte tutorial for new players! This game has taken inspiration from Summoners War and Epic Seven and combined it with excellent music to turn this into a very fun and addicting game. Also, you can check out our wiki for the game here.

The game is turn based battle RPG where each character gets to move based on their speed and action points (AP). The goal is to create multiple useful teams to tackle various contents in the game. However, initially, it is better to focus on getting one good team first.

Right at the start, the game offers you a 4 star Mona, which is a key unit in being the farmer/carry early on when it comes to leveling your other units (espers) and fodders (starimons). She has 2 AoE attacks and her basic attack resets if she kills an enemy, giving her another turn. This can chain until she doesn’t KO someone. When built with high attack and crit rate, she will be able to get you through story mode.

Story mode is straight forward and you will want to start building a team to get through to at least story mode 8 to get:

These two sets are vital and I suggest giving the attack or vampire set to Mona if you didn’t pull another DPS unit. You will also want to upgrade it to at least +12 to give your Mona the most attack she can get. Priority upgrades are:

The other 3 slots can be upgrade after this as % scales better and gives more stat points overall. As for the secondary stats on the equipment, it is random, so you just have to pray for good rolls. Good secondary stats are atk%, flat atk, crit rate%, crit dmg% and spd.

Aside from having Mona upgraded all the way to at least 5 star, you will want a decent supporting cast. Early on, you have Brynn, who provides attack buff, defense break and a freeze. She is good at setting up your team with a damage boost and providing some utility. I kept her at 4 stars and geared her with leftover cheap equipment. For healers, Chang Pu (3★ Support), is quite decent as she has 2 heals and can keep the team healthy.

Another decent support is Unky Chai (3★ Support), who can reduce ally skill cooldown if they have an attack buff present. Pairing him with Brynn early on is quite a good combo.

As you progress through the storyline, you will start unlocking many types of rewards.  They are:

You will be getting plenty of Gold Record and other goodies. These alone will give you at least 20+ pulls once you complete them. The pull rates for Legendary Esper’s are quite low, at 1%. However, there is a pity counter where you will get a random Legendary Esper after 120 pulls.

Once you unlock Ritual Miracle, you can start fighting Kronos to get your basic gear for most of your start units. The key ones you want to look for in the beginning is:

And from Apep boss, you are looking for:

You combine Atk/Crit or Lifesteal/Crit sets for your DPS units and Spd/Hp sets for your supports. You also only have enough gold to fully upgrade 2 sets of gear before you start running low on it. So I suggest +12 on DPS sets and work on your support sets later.

For the bosses, at level 7 is where you can start finding the 6 star grade equipment, so I would recommend that is where you want to start farming when your team is strong enough to do so.

When you unlock Cube Miracle, you will want to do it since it resets every 2 days. It has many good rewards such as the Gold Record, 6★ equipment, epic and rare abilmon (used for upgrading skills of your espers).

War Point is the AI based PvP arena where you can also get the rare legendary abilmon, which is used for upgrading skills of your legendaries. They also have a 1 time only purchase of the immunity set. This is more for end game content and PvP, so I suggest getting the legendary abilmon or the elite experimon first.

Everyone will be getting at least 1 legendary in their first 10 pulls, so I think re-rolling is not necessary. They also made it harder to re-roll and each time you do it, it will take 40 minutes to 1 hour, depending on where you want to stop. So I suggest you just play with whichever Legendary Esper you get from the first 10 pulls.

Personally, I got Li Ling, which is a good DPS that excels in many areas in the game. Also, if you are looking for a community tier list for re-rolling, check out this one: https://docs.google.com/spreadsheets/u/0/d/15hc3Nx6TDS7BNAIXid0gNO1j7gcVeydNoLwyY4POtzc/htmlview#

This one is a bit of a toss between using it for purchasing Gold Records to try and get more Legendary Espers or turn them into energy to keep farming. I suggest pulling until you have a solid team of at least 5 units that has a mix of:

This will give you a well balanced team to tackle most of the content and get you going to build a much more diverse team. Also, once you can farm level 7 of Kronos, then it is worth using crystal to buy stamina and farm for stronger equipment (relics).

Hope this was able to give you a good idea on how you want to proceed in your game. Good luck and most importantly, have fun! 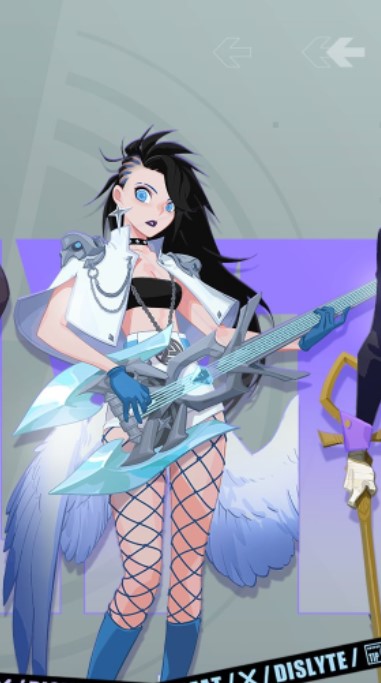