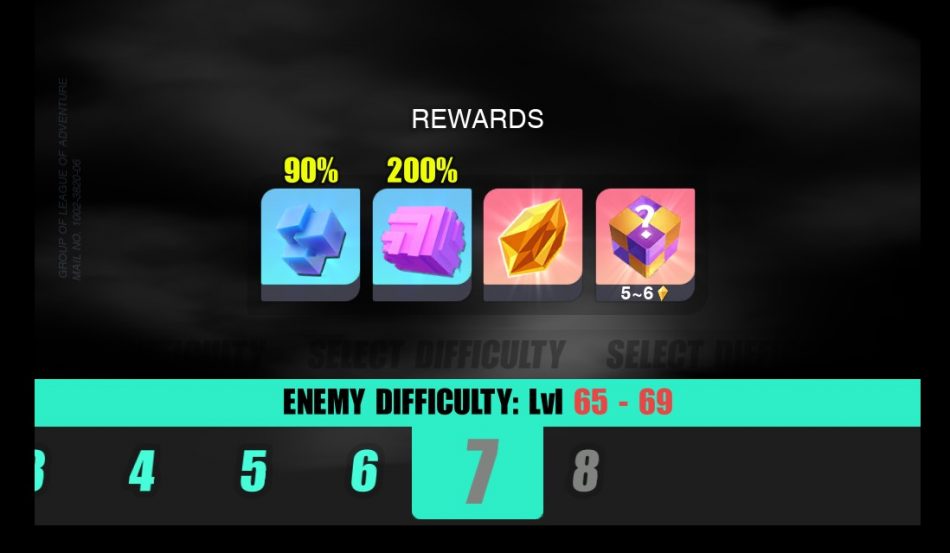 Welcome to the Cube Miracle guide for new players! In this tutorial, we will go over the mechanics and tips to help you earn more currency to buy the goodies from the Cube Shop!

Why Do Cube Miracle? 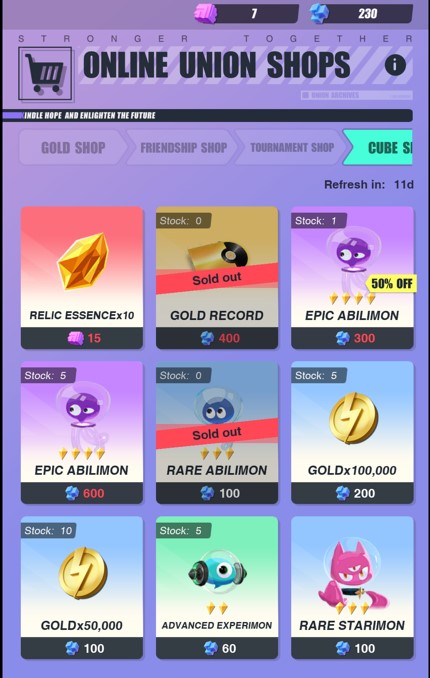 The Cube Miracle gives really good rewards to provide you with the currency to buy awesome items in the game on a bi-weekly basis. This includes:

The key items here to get is the 6 star attack set as a beginner. It will help build a solid DPS esper for you. After that, you want to get the 2 Gold Records, which gives you 1 per week. After that, the epic abilimon that costs 300 blue cubes is a steal that you should definitely get. The 600 blue cube ones are a bit pricey and I suggest getting the rare abilimon since you can use them to skill up some important key beginner espers like Drew, Chang Pu, Ye Suhua and Berenice.

The gold and rare starimon are situational picks and should be bought last if you have leftover blue cubes left. I personally would not recommend you get the advanced experimon since you will be getting plenty of them in XP stages.

Check out our resources guide here if you haven’t already. 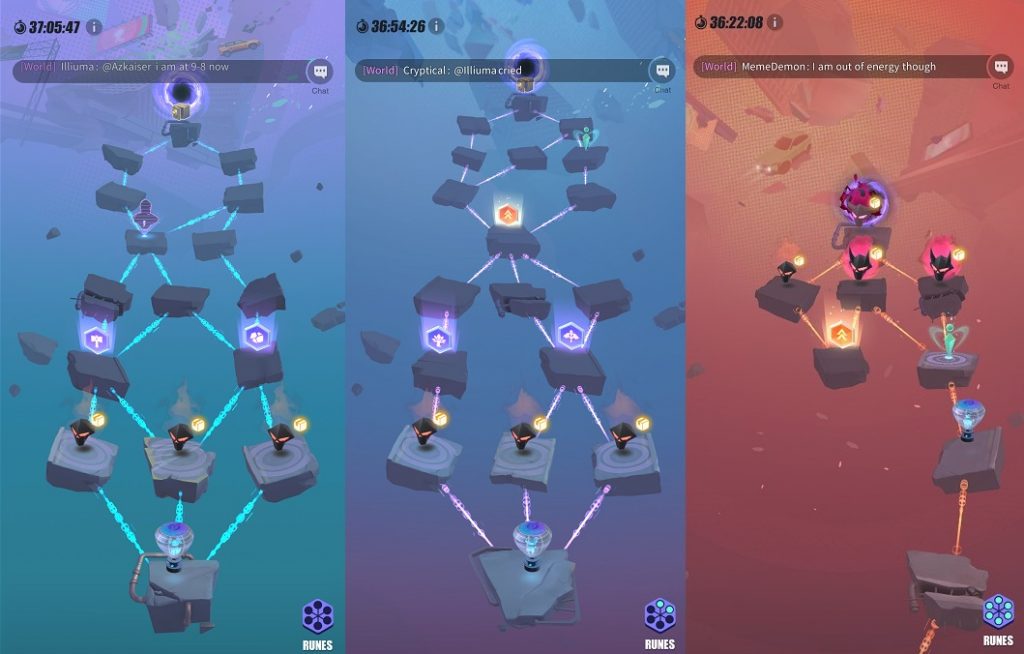 So in this mode, you get to challenge a group of 5 espers of various types and defeating each one will get you some rewards, depending on the difficulty. You will also be getting bonus runes to help improve your team. Your objective is simple: 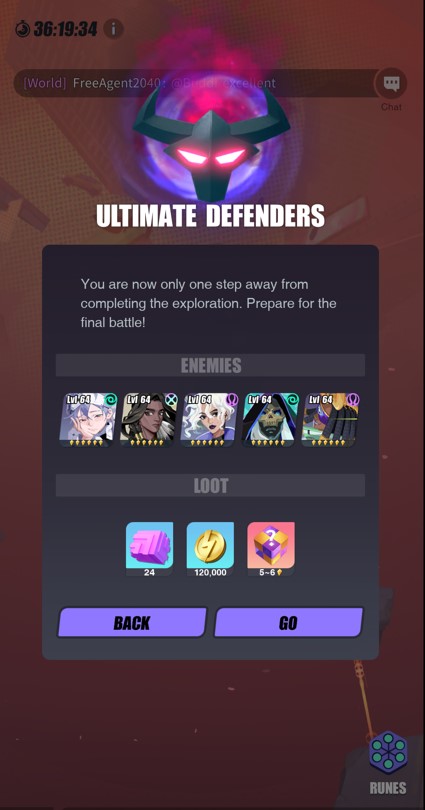 Currently, there are 8 difficulty levels, with 1-4 for beginners and 5-8 for mid game to late game players. Once you have a solid team of 6 espers that can complete hard mode, you can start looking to do level 5 and 6 difficulty. Otherwise, it is okay to stick with the lower ones.

The Cube Miracle resets every 2 days, so make sure to complete them every other day. 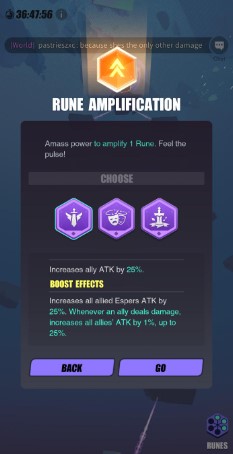 So in each map, you will have the chance to get various runes. Here is a list of them:

Rune of Enchargement – Allied Espers gain 1 stack of Charge upon casting a basic ability. Each stack increases basic ability by 30%, up to 5 stacks.

Rune of Shock Strike – Damage from allied Espers has a(n) 30% chance of reducing the target’s AP by 25%. Upgrade – If the target already has 0 AP left, inflicts stun for 1 turn.

Rune of Fortitude – Single-target ability damage, taken by any allied Esper, is distributed evenly between the target and the allied Esper with the highest HP.

Rune of Blades – Upon taking a hit, allied Espers have a(n) 30% chance to gain Recovery for  1 turn.

Rune of Vitality – Upon receiving healing, allied Espers gain a Shield equal to 25% of healing received for 2 turns.

Rune of Sacrifice – The death of any unit heals allied Espers by 20% of their max HP.

Rune of Punishment – At the start of battle, inflicts Hamstrung on all enemies for 5 turn(s) that nullifies their AP Up. Upgrade – Prevents them from taking actions outside their turns.

Rune of Vitality – Upon receiving healing, allied Espers gain a Shield equal to 25% of healing received for 2 turns. Upgrade – Have a 50% chance to increase Healing Efficacy by 50%.

Rune of Tusk – Allied Espers have a(n) 50% chance to inflict Bleed for 1 turn when attacking. Upgrade – Instantly takes 1 turn of Poison damage if the target already has a Poison stack.

Rune of Curses – Allied Espers have a(n) 50% chance to inflict Poison for 1 turn when attacking.

This will depend on your team composition. If you have a lot of damage espers with a healer or support, then offensive ones like Rune of Tyranny or Rune of Assault are good choices to further improve your damage, allowing you to kill your enemies quickly.

However, as you advance to the higher difficulties, the enemies there are really quick, so they will out speed you and go first. This is where defensive ones like Rune of Mitigation or Rune of Fortitude might come in handy.

If you have a control stun team, Rune of Petrification and Rune of Shock Strike is very valuable. However, these are all situational and it depends on the enemies you are fighting. Some teams have high crowd control skills and having immunity and cleanse on your team is key here.

At the moment, I recommend staying with difficulty 5 and 6 for early game players as 7-8 have much higher relic requirements. It is better to consistently complete the entire 3 maps than half clearing 7 or 8. You will lose out on a lot of purple and blue cubes. 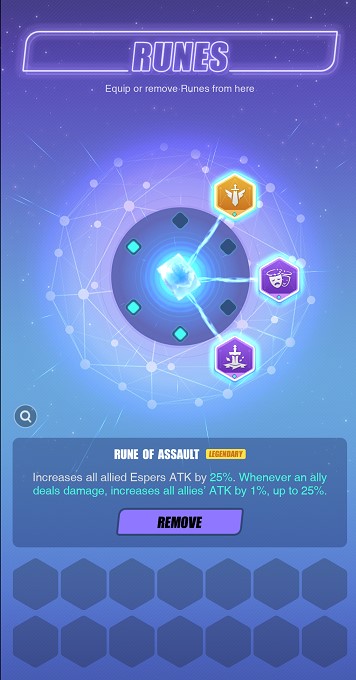 You can also check what runes you currently have by clicking on the info button on the bottom right side of the screen. Also, you can remove specific runes if they are ruining your runs by clicking the remove button.

Special thanks to ParallelHorizon, who was able to datamine the drop tables for Cube Miracle. Check it out below:

As you can see, difficulty 5 and 6 gives 50 and 60 cube points respectively. The spike in difficulty from 7 and 8 is not worth losing potential espers and hence being unable to complete the map, which is devastating for early game players. You always want to buy as many gold records, rare and epic abilimons as you can every 2 weeks.

For getting a safe team to difficulty 6, here are some viable F2P espers:

Top esper here to help you. Provides defense buff, immunity, attack down and defense break. She must be built fast with some accuracy to get her full effectiveness. Since she is a fusion esper, it is a no brainer to get her early. Having her put up immunity here will ensure that your team does not get crowd controlled, which happens often in higher difficulties as the enemy team is very fast.

A good shielder that can protect your team from damage with defense break on the basic skill. A good support that is often overlooked.

A budget early game healer to keep your team healthy. Has low skill cooldowns and I still use here even though I am in mid game and I can already auto farm Kronos/Apep/Fafnir 10.

A top support with attack and defense buff. She can heal and give invincibility as well. You do need to stalk the Ripple Dimension to get here though. Good luck!

Much like Ye Suhua, she is from the Ripple Dimension. She gets attack up and crit rate buff alongside AP boost. Very useful in allowing your team to go first if she is built speedy.

Also a good fusion esper that can provide immunity and give attack buff to your DPS. He works best in a team that focuses on only 1 DPS in the team.

She is usable here early game with her team attack buff. She can freeze and provide defense break as well.

A top single target DPS that can ignore defense on skill 3 if he kills the target, allowing you to wipe out nearby espers as well, even tanky ones. He also has defense break on skill 2. Very useful.

His skill 2 gives attack buff and standoff, allowing him to survive tough attacks. He can dispel enemy buff as well. Does a lot of damage at low health.

Another overlooked unit. He can transfer debuff to enemy with his passive. His 3rd skill is a guaranteed crit if enemy has a debuff. This allows you to build high crit damage on him and he can deal a lot of damage in a debuff heavy team.

Does percentage HP damage and it is very useful in higher difficulties as their HP starts to get to very high levels. He can do the job well since he also has sustain on his skill 2.

Like Li Ling, he has some percentage hp attack in skill 3 and he offers defense break and disease, although not as reliable due to RNG. Li Ling is much more consistent compared to Tang Xuan.